Was Born with Itchy Feet

A lot of my relatives like to travel all over the world. After looking things over, they always come back to their starting points. It came natural for Robin Williams to go wandering all over the world because his mother was in England when it was time for him to be born.

Robin’s mother, Gwen [Williams] is my full blown cousin and was born with itchy feet. Years ago, after teaching voice expression for the privileged few, she left Los Angeles as an adventuress on a slow freight boat to Japan. It was loaded with missionaries, and lots of other stuff. After gathering some rough knowledge, Gwen started writing journals. Finally, she worked her way across Siberia, then on to England, where she married a guy. Then she got a job telling stories over a British radio and gave birth to Robin.

Before World War two broke out, baby Robin and his mother went to Germany. When it looked like Hitler might do a terrorist act on a huge scale, they got the heck out of there and later settled in Laguna Beach, California. Gwen is now spending the tail end of her life selling Laguna Beach property.

Robin spent his first productive years as a tour guide on sort of a love boat that cruised the Mediterranean and other vacation spots. For the last decade he has been making travelogues in Europe, then spends part of the year showing his results to colleges around the US. Robin’s travelogues are good. He has a way of blending history with the 'now' world.

One of Robin’s well illustrated movies we saw at Community College was on the jet set that loves to vacation in the Mediterranean where everyone looks ‘cool like’ and sexy. Robin has just finished showing his latest documentary film on the travels of St. Paul. 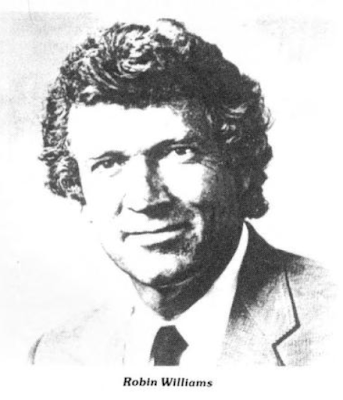 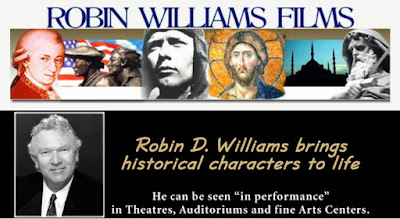 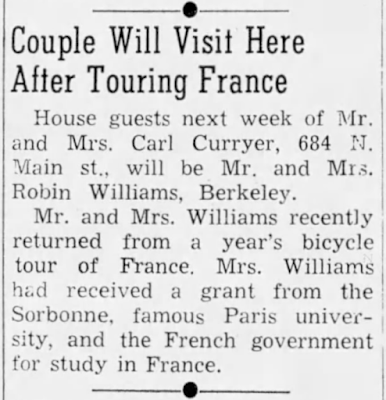