The Wide Open Space Was Their Toilet

An idea was fast being born in those bachelor minds. Why not become the harvesters in that isolated spot? But that was hard to do without a thresher, so up to Wilbur they went. M. E. Hay had a store that held about everything homesteaders needed. The three new farmers browsed around for awhile at this farm equipment shopping center. Since they were horse lovers, they bypassed the steam engine. Finally they ordered a horse-powered threshing outfit. All these fellers had to do to take delivery, was to sign a piece of paper stating that, after harvest, enough money would be delivered to satisfy the agreed sale. Old Hay was a trusting old soul, wasn’t he?

Later, the whole works was towed out to their newly granted government land. After setting up the array of equipment, they realized a first class chow house on wheels was a necessity. A wagon running gear was stretched out to the limit, and that became the length of the restaurant on wheels. A liberal supply of foot boards, two by fours, and a bucket full of nails was all it took to build their cookhouse. The word “cookhouse” was then painted on the raw wood over the main entrance. A wooden water barrel and a cook stove were installed. They nailed together a table that extended down through the center of this eating house.

Johnny Harding knew of widow Dare down at Odessa, and her teenage daughter Julia. By communicating on horseback, the two women were hired as harvest cooks. No room was provided for their privacy. They had the choice of sleeping on the cookhouse floor, or under the cook wagon. For everyone, the wide open space was their toilet. The men usually bedded down in the straw stack. The outdoor utility room was the outside corner of the cookhouse, next to the strapped on water barrel. Before mealtime, the headers and the threshers would wash their dusty faces in pans that were strung out on benches. A couple of five foot lengths of towels hung on spikes driven into the cookhouse.

I was told, when the cooks arrived, supplies were just stacked up in the cookhouse. It was up to Julia and her mother to use their skill to turn flour, potatoes and the more solid forms of food into edible stuff. Kentucky fried chicken and home ground peanut butter weren’t around in those days. Fresh meat would have gotten over-ripe fast in hot weather. I suppose a lot of salty ham passed down the harvesters’ throats.

The large crew was well-pleased with what widow Dare and her daughter dished out. Sugar, (the other kind) made a lot of things taste good, like cookies and apple pie. They had to get up before the crack of dawn to boil a lot of oatmeal mush, and crack lots of eggs into frying pans. The crew always started heading and threshing about the time the sun got up with the morning.

Despite all the hard work, hormones among the group stayed at normal levels, so flirting between the eligible men and cooks went on the same as it would today, but in a more bashful way. Julia had a way of showing favors by giving some of the men a slice of apple pie with their mid-afternoon sandwich and coffee break. 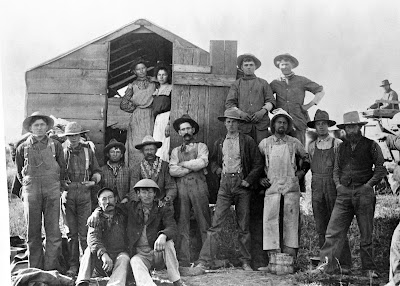 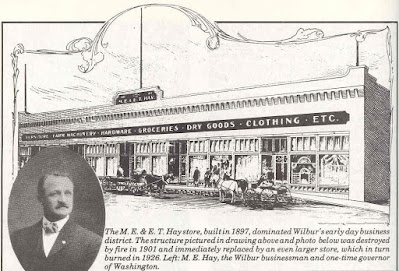 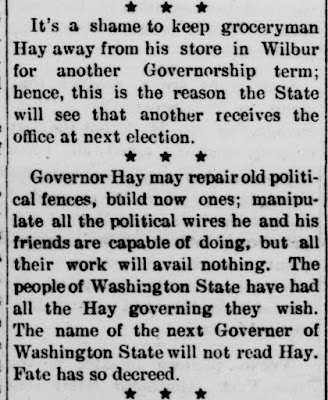