The Most Popular Mouth-Watering Stuff

I was asked whether lunches were ever served at the Rocklyn schools. Yes, when the weather got cold enough to put frost in our lunch pails, something hot was added to our hard boiled eggs and peanut butter-jelly sandwiches. There was an old round wick burner kerosene stove stored out in the woodshed. Upon orders from the teacher, a couple of the older boys carried it into the schoolhouse, and placed it near the teacher’s desk. A portable oven made out of tin was placed on the burners when a sweet potato, or just a plain finger-burning baked spud was on the menu.

Making something hot to warm the stomach always made the schoolroom smell like mother’s kitchen. We were told each evening what piece of food to bring that could be cooked, baked or sometimes by accident, cremated. The most popular mouth-watering stuff was when our teacher, Sadie Koch assigned each of us to bring a certain vegetable from our cellars.

Around eleven o’clock on soup day, Sadie would drop teaching and pick up the vegetables so she could perform a scrubbing and slicing job on them. When all that stuff became hot and soft like, it was lunch time. Most of us considered vegetable soup quite a treat, even with that cellar storage taste. Also there was no buckshot to pick out, like in jack rabbit stew.

When the winter snows began to blow over at the Zion district, hot soup was also high on the menu. But the makings and the floating ingredients were a little different over there. In the evenings, the preacher’s wife, Maria, cooked up a kettle of split peas or lentils which turned into lots of soup when she added a heavy dose of water. It was her cholesterol free specialty.

The next morning, Maria would send that pot of soup along with her teacher-preacher husband when he left early to fire up the schoolhouse. It was a simple maneuver when the noon hour arrived. That kettle of watery green stuff was placed on the school’s heating stove for about 20 minutes. It had the same convenience that we now enjoy with our modern TV dinners. That is, if your taste ran in the split pea soup department. 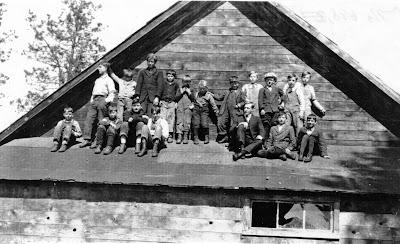 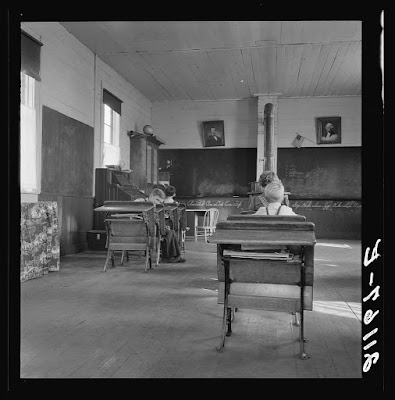