Snow Was More Abundant Than Usual

Out here at Rocklyn a citizen of long ago found it hard to comply with a court order. In 1915 Dave Smith received a summons to appear in court in Davenport. It was in January and the winter snow was more abundant than usual, also the wind made lots of drifts. Anyone venturing out had to follow the fence line to find the road.

Dave got in contact with Mike Maurer who plowed the road out in the only way known in those days: A walking plow was chained onto the back right side of the bobsled runner. A strong team that didn’t mind pulling and jumping over snow drifts was hooked up to the combination sled and walking plow.—The outfit did root out a deep rut, and the other track got plowed out on the way back to the Maurer farm. But the snow that was left in the center that year was too packed for those old open top cars to make it to the state road, which I imagine was closed off and on during that January.

How did Mr. Smith keep his date with the law? Well, the passenger train finally made it up from Coulee City with the aid of a big rotary snow plow that was bolted onto the locomotive. Dave Smith was there at Rocklyn when the delayed train arrived, to become a paid passenger to Davenport. Whether Dave ever made it to the Court House on the appointed time, was a small detail for the older folks to have remembered. 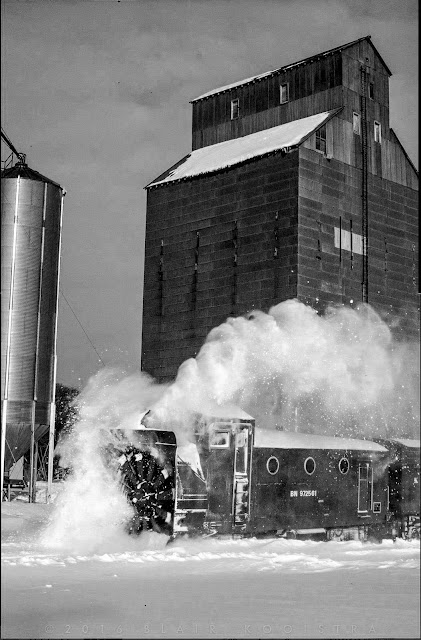 "...with the aid of a big rotary snow plow..."
Blair Kooistra / BigBendRailroadHistory.com 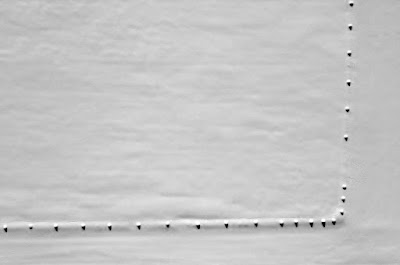 "Anyone venturing out had to follow the fence line..."
Christian Brandstaetter, architectural photography