We Just Called Him Bandy

A soggy evening not long ago, found Sugar and I at the Wilbur museum. A feller of tall standing, Bob Bandy, introduced a Scotsman who supplied us with interesting slides of early day farm scenes. This Bandy must be a descendant of a Bandy, who in 1922 migrated to the Fred Magin farm from Wild Goose Bill country.

Can’t right now, locate anyone that knows the baptismal name of this devoted farm hand. [below] We just called him Bandy, whether it be for dinner or to ask for his attention. His love for horses caused him to take a neutral look at the outside world, and he seemed to have survived pretty well without any women in this later life. However, Bandy took an extreme interest in the scandalous jury trial of Jennie O’Bell, when she was accused of turning Rocklyn’s downtown business district into a pile of ashes.

In 1929, Magin asked me to help with some field work, because a family member, Ed Young, was absent. My having slight experience with nags didn’t make any difference with Bandy. From scratch, I was shown the rules of horse management. The lesson began when Bandy opened up the barn door. Rule number one, always start talking to the horses before entering the chained up nags eating place. As we passed down between the horses’ butts, and the hanging harnesses, Bandy greeted each nag by acknowledging their names, then an affectionate pat was given to each rear end. The character and behaviour of every animal was explained to me very thoroughly.

Bandy sort of had a barber shop way of taking care of Magin’s horses. Clippers, curry comb, and stiff brush was used frequently. Dressing up the horses for pulling purposes was sort of a main event. Showing me how to scatter the harnesses over the backs and necks of those beasts of burden without tangling, took some patience out of Bandy. Any misbehaving nag would receive a vocal disciplinary statement from him. Proper fitting horse collars were a must. “This collar is too loose,” Bandy said, as he jiggled the pear shaped collar. “I’ve been watching that mare, she needs a sweat pad. If the shoulder galls, I use a special jelly of my own,” he stated with the authority of a self-appointed horse doctor.

Mr. Bandy was at the height of his glory when he could maneuver a string of nags in the field. A cloud of dust sometimes enveloped both weeder and horses.

Snorting sounds would come from the nags as they tried to blow the dust out of their noses. One could tell that Bandy was in that pillar of dust when he uttered “Yaap, yaap” to his team, whatever that meant. 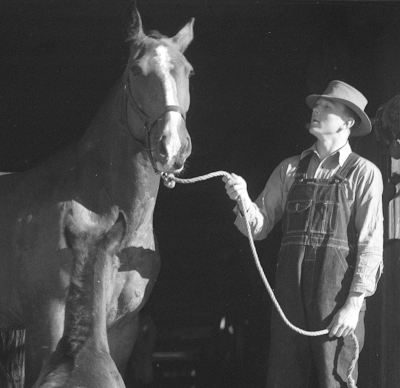 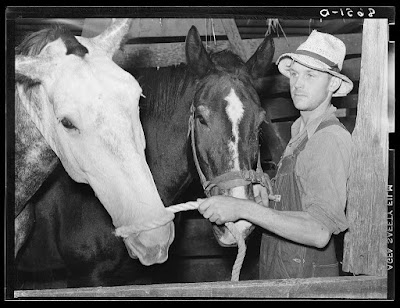 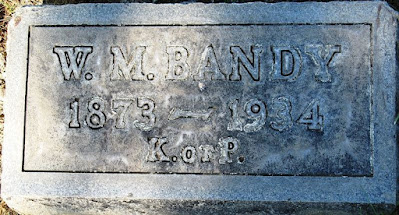 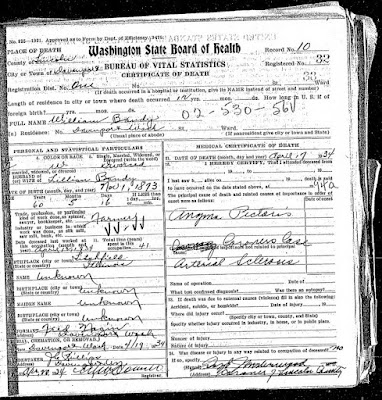