We will now drift back into Mondovi proper where in 1896, a couple by the name of John and Susan Zeimantz contributed considerably to the population of Mondovi by raising ten children there. Eight girls and two boys - a lopsided figure that helped balance out a male dominated population.

John helped support the family by working for the Puget Sound warehouse in Mondovi, while his wife ran a boarding house on Main Street. During the peak season, she fed up to 20 hungry workers, family style, for 25 cents a meal. Poor and unspoiled, the rapidly maturing off-springs pitched in to make survival possible. Something like the Walton family on TV.

Community life provided this town’s entertainment. On Sunday afternoons the passenger train arrived from Spokane with a supply of mail and a stack of Sunday papers that sold for 5 cents. Folks would drive into town and tie up their live transportation, so they could socialize with friends and neighbors. By the time the crowd reached its usual size, the locomotive smoke could be seen in the distance.

A special event would come to this burg when a one-man traveling show, showed up. King Kennedy made annual appearances at the schoolhouse with his Punch and Judy show. King could make those rag dolls talk in a ventriloquism fashion to the amusement of bug-eyed youngsters and fun-filled adults. The Zeimantz children all got free tickets to the show in exchange for supplying boarding house meals to the man that could throw his voice. 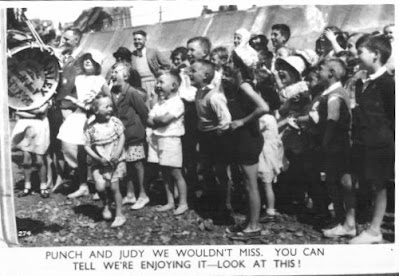 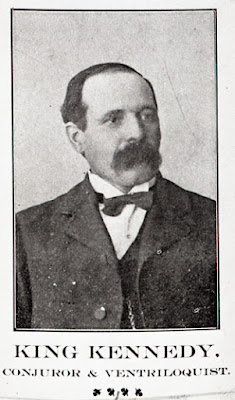