Barbara Olsen Chrisman, who lost her battle with cancer, brought back some early 4-H memories. Sugar was struggling along successfully with her first 4-H group when Barbara returned from Germany. She was one of the first teen age lassies eligible to make that exciting stay in Germany under the International Farm Youth Exchange program.

Barbara helped Sugar and her kids get their entertainment act going by appearing as the star feature out at Telford. The Grange hall was packed with a mixture of Grangers and non-Grangers.

Her collection of slides included rural family life, scattered farm plots, and agriculture equipment. Just what we needed to see if the Germans were ahead of us, like the Japanese are now in making some better stuff.

Barbara’s dad, Bud, told me what a typical harvest was like when his exchange daughter was there. Seems like they made a lot of work out of harvesting their crops. First they marched out to their plots, and bound the standing wheat. Then they hauled the stuff back to their villages, where barns with upper doors awaited the wheat bundles.

The cut grain remained in protective custody ’til a custom thrashing rig was set up by the barn, where bundles were tossed out of the upstairs door, and shoved into the thrashing machine’s spinning cylinder.

Naturally this shelling job rendered the barns empty, but not for long. All that fresh straw that got blown around was pitched back into the barn. The grains soon became flour so lots of bread could be eaten.

What also was puzzling ’til I asked, “Why don’t the German farmers consolidate their farm plots by trading back and forth with their neighbors? That way the field machinery could turn around properly without throwing dirt into the neighbor’s fields. Well, it seems like a lot of those plots were kept segregated out of respect for their ancestors who traditionally willed it to them.

Some day a wilder generation will come along and common sense horse trading will take place. Fields will then grow to a respectful size by putting all their eggs in one basket. Who knows, some day they may even harvest their crops right out in the open fields.

One would think that this style of farming is only expected in certain European districts. But wait, when I was still farming a group of mini-farmers, right out here in Harry Tracy Country, were using a much more primitive style of farming than any European farmer would care to go back to.

When spring came, these sincere earth people would scatter handfuls of wheat on fertile spots of volcanic ash. Come harvest time, a hand scythe was used to whack the crop off. However, they did purchase some modern plastic sheets to cover the wheat sheaves ’til hand harvest took place.

I told this group of hand harvesters that I would save them a planting job by not combining out my wheat field corners. That year, when harvest time arrived, this clan figured it was cheaper to find a job and buy bakery-made bread. 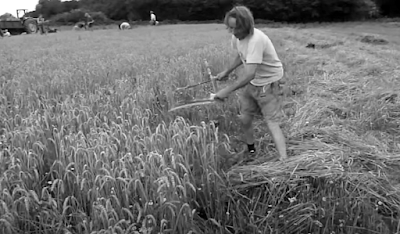 "Come harvest time, a hand scythe was used to whack the crop off." (Video) 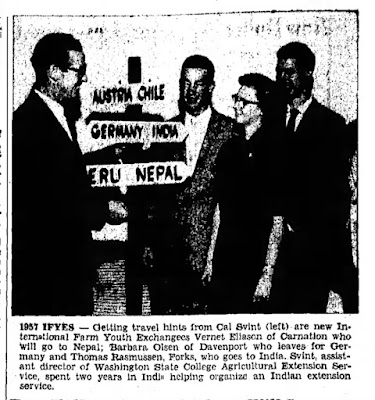 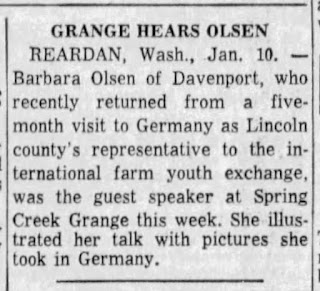