Backed Up and Dug a Mile of Holes

On the outer edge of Davenport where the sun sets every night lies quite a chunk of Lincoln County soil that hasn’t been abused very much. A farmer from Creston came over last fall and planted a crop that made a terrible lot of stubble and straw. It didn’t bluff him. Ignoring the added expense, as dividends will come later, he just whaled the daylights out of the stubble with a stubble tearer-upper. The field is now all chiseled deep and the shattered stubble is on its way to making soil texture and humus.

While driving by it’s worth your time to slow down and take a look. Every slope and hill is laid out separately. The field is contoured so level, the water won’t know which way to run and will just have to settle and soak in. There is good reason to believe that Curtis Nelson qualified for the ‘Super Duper’ farm award of the year.

You will notice that this Nelson field has more Lincoln Electric poles on its borders then necessary. It’s all because over 40 years ago a procrastinating farmer didn’t want in on the [Lincoln Electric] Co-op charter membership roll. Later, this fellow, in the advanced stage of thinking, developed second thoughts and wanted electricity, too. The old LEC freshman crew backed up and dug a mile of holes, making it possible to bring in this tardy member.

In those days, Lincoln Electric had to aim their lines to where the signed up customers lived, instead of going from farm to farm. Wires were strung through Rocklyn, picking up only one house. The rest joined up later when they found out that LEC juice worked just as good as any stuff that WWP [Washington Water Power] offered to put out.
When those brand new lines started carrying kilowatts, most of us acted like a bunch of kids, going from room to room turning lights on and off. If we woke up during the night, the pull-chain would get a tug, just to see instant light. It was like living in town. Until the novelty wore off, a not-quite-so-necessary trip was made to the bathroom before morning.
"More Comments" Kik-Backs, page 78, part 1 (continued)     (home) 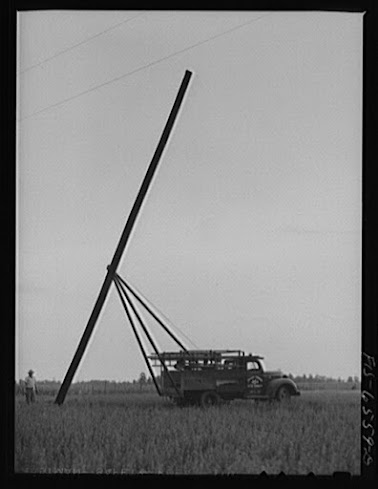 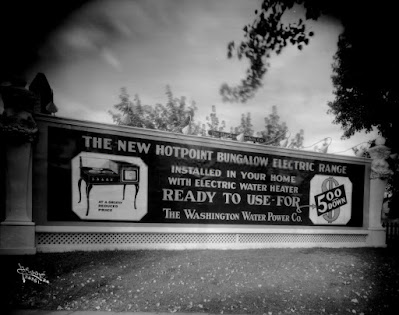 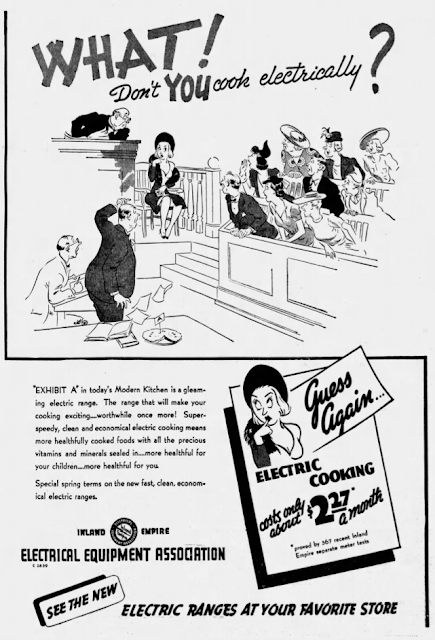