When the Ed Kieszes Got Citified

Sometimes when I’m in Odessa, I can’t help but think of my cousin, Ed Kiesz. He farmed in the heart of the old Russian thistle country near Batum. In those early days, Ed used to say, “It takes more faith than guts to farm out there.”

As time passed, better farm methods, and a few extra thunderstorms made it possible for Ed and his family to move to the residential district in Odessa. He then began to enjoy semi-retirement with the rest of the Germans from Russia that had already reached their material gains.

When the Ed Kieszes got citified, Sugar and I went down to see how they were making out. To get the full effects of a typical Sunday in Odessa, we attended the whole works that was going on inside the Congregational Church.

We were surprised to see Ed teaching the adult Sunday School class. With his sense of humor, we became interested in seeing how he was making out. After all, Sunday School usually is a place to work over some serious Bible thoughts.

The class was discussing a well known Biblical person. Some figured this certain guy was wishy-washy. Finally Ed ended the discussion by saying, “No he wasn’t that kind of a bird. He was a man of strong faith, even though he may have sounded a little wobbly at times.”

Before the services, I asked Ed how he made out when he taught Sunday School, “Oh I give all those Bible characters a lot of credit for what they did. When things get a little hairy, I sort of let the rest of the class figure things out.” 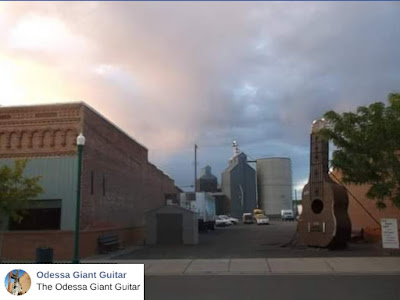