Rough Place to Scratch Out a Living

During the hot harvest season, we like to do our running in the morning, usually before the hard working harvest crews release their energy. Our latest ‘crack of the dawn’ run took us past where four combines were getting serviced by Don Schultz’s charged up crew. The head combine belonged to grandpa Albert Schultz. He was busy checking his modern self-propel over, and getting it ready for another hard day of combining.

After exchanging friendly waves with the old and the new generation of harvesters, I turned to Sugar who was puffing away and said, “Say, by golly! that old timer, Schultz represents three generations of harvest workers in that field, and look, he is still going strong.”

There I was that morning, retired and doing a lot of funny things on the road, so physical rust won’t set in. And out there across the road, Granddaddy Schultz who saw many improvements in harvest methods, was keeping in shape by doing what all constructive farmers were doing - harvesting.

Grandpa Albert’s days of reaping in the golden grain goes all the way back to the semi-primitive ways of harvesting. He grew up out there in the Lake Creek country where people had to learn to survive on the wild and woolly side. Part of the Schultz family farmed my dad’s homestead place. Wheat had to be hauled by wagon, 20 miles over rocks, through Indian burial grounds, around lakes, and finally into Harrington.

Albert Schultz’s father, Christ, believed in large families. (by correct count, 13 kids) Like most families of old, everybody that was old enough to work, worked. Albert got his diploma as a harvester at a tender age, when he drove header box for his dad’s stationary thrashing outfit. Too young to pitch the cut grain onto the thrashing platform, Albert was allowed to take a breather, and drink some semi-cool water from a canvas water bag. When men with pitchforks finished emptying his header box, Albert drove his team back to the header to catch another load of beheaded wheat.

Manhood was fast setting in when Albert’s father switched over to a horse drawn combine-harvester. This advanced thrashing system shaved labor help down to only five men. It gave Albert a chance to graduate from sack gigger, to header puncher, and finally the thrill of becoming a teamster, where he could make 27 horses stay in line to pull the ‘pull’ machine.

Yes, since those harvest days of old, Grandpa Schultz has kept on riding and driving more advanced harvest machinery, until now he owns a modern self-propel combine. When harvest is completed on his farm, he joins his son’s harvest brigade until the last bushel is safely put away in the warehouse.

It’s been a long time since Grandpa left the Lake Creek country for better pickings. Lake Creek was a rough place to scratch out a living. It was full of rattlesnakes, and legendary ghosts that scared Doc Rude off his homestead. Some horse thieves lived between the good guys, and the rock bluffs. Moonshiners were able to set up temporary camp, until it didn’t pay anymore. Land baron, George Miller, moved in, and practically took over Lake Creek.

Since then, some brave guys have made good investments out there. It does have its own isolated beauty that represents the past in many ways. There are still ghost, shell-like buildings, that haunt from the by-gone days. While visiting with a writer recently, she figured this unique space is a good setting for some western stories. Who knows, the Lake Creek scenery that has been so familiar to the Schultzs, Bogards, Watsons, Links, and many more old timers, may be on TV screens some day. 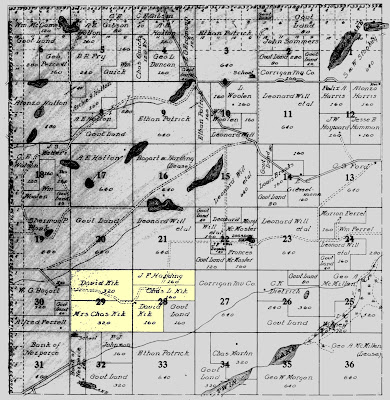 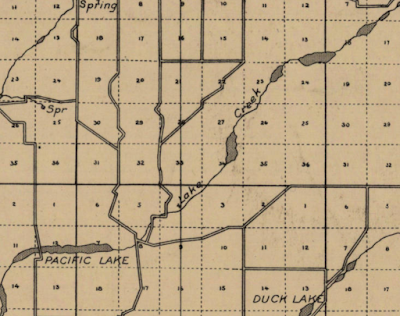 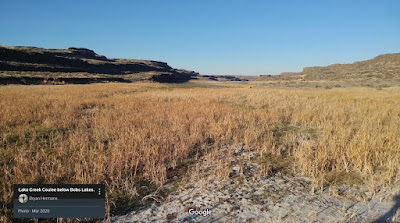