Ah, spring, beautiful spring! Once again the growing season is here in full force. Let’s enjoy nature with it’s gifts of wildflowers, birds and other living things that still abound between towns and heavily settled areas.

If I was forced to live in the seedy part of Spokane, upstairs in a one room apartment that overlooked a blacktop street, I wouldn’t last more than three weeks. Maybe a week longer if I saw someone from Lincoln County that was forcing his way through a bunch of street derelicts.

It would be nice if our beautiful open spaces were used more often by groups of young folks from the slums. During the 1930's, lots of young fellows from crowded places had a chance to settle for a while next to Davenport. A government CCC camp was located there. It had its own water tank, barracks, mess hall, etc. Those inexperienced young guys learned a lot while here. Some were put to work improving on nature up in the Egypt-Reinbold country. The project helped old Gus Reinbold to become more of an aggressive Democrat. He had a lot of praise for that government program. Gus then become interested in soil management, and developed a ‘know-how’ in the grass seeding business.

I had a couple of those CCC kids out here for several afternoons during the harvest of 1938. They came from the confinement of New York City area. They called our highway "The Boulevard" and wanted to help haul wheat to Rocklyn. I was still sacking wheat at that time, and they were eager to toss those wheat sacks that were hidden in the stubble onto the truck. During the unloading process at the warehouse they asked manager, 'Wolf' Boyk, “in what shed up here do they grind this wheat into flour?” 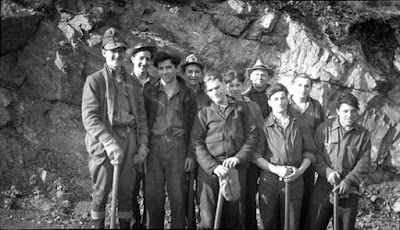 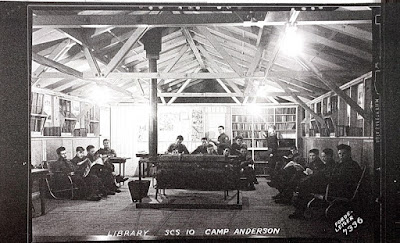 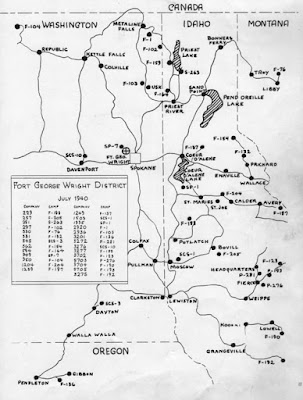