It Was All Brought Up to Snuff

When Dad was building his house and barn on his homestead, northwest of Harrington, three financial giants, Adams, Mitchum and John Green, were busy building Harrington’s first multipurpose building. These men of vision chose an empty corner spot on Main Street for their building. The year was 1904. Little did they realize that 86 years later the building would become a ghost of the past.

After gathering information from Marciel Cronrath (a renowned historian of the younger generation), I found out that this building was made of bricks that were manufactured right there in Harrington. The roof was covered with rolled copper. The corner entrance during the early life of Harrington held the town’s bank. The immortal lettering on the top story spells out BANK BLOCK.

But money was not all this fascinating building held. The swinging doors on main street held the Stag Saloon, where boozy types of citizens quenched their thirst with alcoholic drinks. That saloon space is now the City Hall and Library. In the basement under the saloon was a two lane bowling alley. Moving southward from the saloon, this building used to house the Palm Barber Shop and baths for those that didn’t have razors, or tubs to bathe in. The south side was where the Harrington Citizen got printed. The Williams Harness and Saddlery Shop took up the rest of the sunny side.

On the second floor above the saloon were twelve rooms for lodging, if you had 50¢. If not, for 25¢ you could still lay down and sleep in a room that wasn’t so classy. A toilet and sink were down the hall--a popular place where you had to line up during rush hour.

Now let’s get on with this grand old opera house of long age. It’s located on top of the main building and had the seating capacity for 350 people—160 seats were for reservations. Tickets could be purchased far in advance for yearly events which included plays, vaudeville shows, medicine shows and concerts given by traveling entertainers. Local shows and dances were extra.

All theses old opera house events laid forgotten—until the Mel Cronraths, with the aid of some local folks, went to work to revive the past. First they pushed out all the dust and debris that had settled from years of periodic dust storms. Then they polished up the stage, the ticket booth, props etc., 'til it was all brought up to snuff without destroying anything that was original.

When Harrington put on their centennial events last year, the Cronrath’s conducted the tours. Marciel figured approximately 500 people passed through the old opera house. The money went to the centennial fund to be used for special community projects.

At the fall Festival Tour, that Sugar and I took in, Mel was rustling the sidewalk trade in front of the opera house entrance. Marciel, properly attired in the hay-day costume of its time, was taking tickets from the old upstairs booth. Daughter, Mindy, gave tours in divided groups.

(Two years after Walt wrote this article the Harrington Opera House Society was formed, purchased the building, has been rehabilitating and preserving it and is now a venue for concerts, art shows, and community events.) 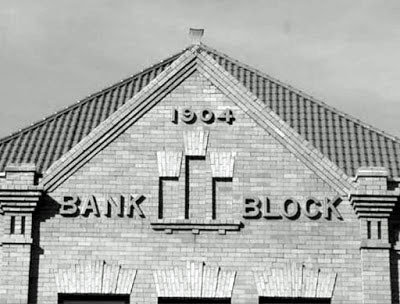 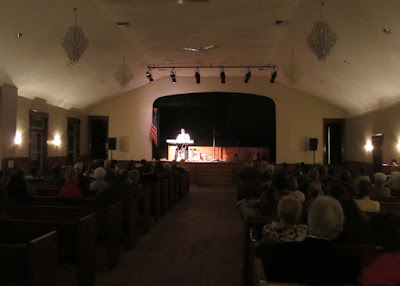