A Sort of Teenage Daniel Boone

Charley Myers inherited a set of genes that kept him active throughout his long life. No one could say he didn’t live a full life as a pioneer, a family and business man, and a politician. He took time out seasonally to spend nearly sixty years as a rugged outdoorsman, hunting with his political and business associates.

In the 1870's, Ohio found Mr. Myers growing up toting a muzzle loader shotgun. It was natural for him to become a hunter and to create a love for the wide open spaces. A sort of teenage Daniel Boone of Ohio.

When Charley got big enough, he married his neighborhood sweetheart. He then developed a hankering for the West. An excursion train special was headed for Washington territory. He jumped on, leaving his bride to follow later when extra money became available.

Upon landing in Davenport, Charley started walking towards Fort Spokane by following the old military road. Finally, a foot-walking Myers came upon a blacksmith shop with a log cabin standing nearby. A 10 by 12 foot lean to was attached to it. Charley figured it was a good location to start up a new life. He was able to rent this combination log house and lean-to for six bucks a month. He now had a large part of [a] frontier town, called Larene.

Myers took a stage coach back to Spokane and bought nearly $90.00 worth of groceries. The small attached lean-to then became a grocery store. From then on, fate was with this adventurer from Ohio. He and his family grew along with the growth of Lincoln County. Later a large store and residence was built. When the boom town of Larene started to crumble, Charley and family set up stakes on a high hill overlooking Davenport. It was a show place. I remember the rows of orchard trees trailing down the side of the hill. Being a business man, he saw the need for a watch and jewelry store in Davenport. Charley also added an optometrist shop, so he could take care of everyone that had punk eyes.

Charley kept himself informed on subjects of local and national interest. He was fortified with Republican convictions. This made his task for the State Senate race an easy mark in those pre-Roosevelt days. 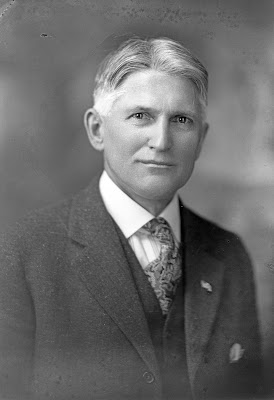 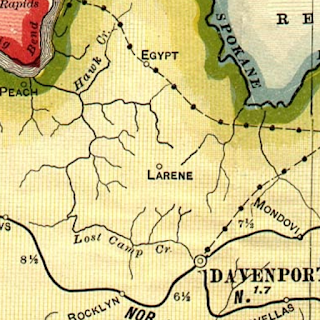 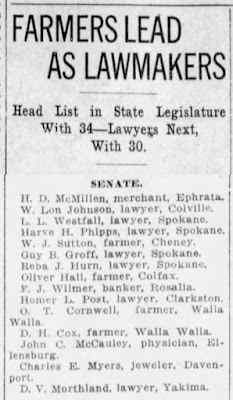 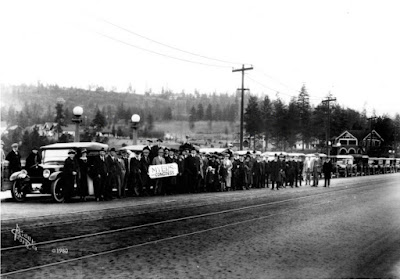