A Boxcar Kid from North Dakota

It’s still kind of hard to shake off old rural school stories, especially after visiting with Harry Schneider. Harry and I just made it through the eighth grade and were able to survive. Our lack of education made us aware of what we didn’t know, and made us appreciate what we learned afterwards.

Harry was a product of the depression days. A handsome young lad who came from the plains of Canada and North Dakota, where he learned to sing a lot of prairie songs. There was lots of room back there on those wind swept farms for parents to raise lots of kids, but to grow enough food to feed them during those drought years of the 1930's was a problem.

One by one lots of young guys left the Dakotas for Washington with the hopes of finding farm work. One of Harry’s brothers, Jack, had beat it in a westerly direction on a bicycle ’til he found a haven here at Reardan. Later Harry decided to follow his brother via the railroad tracks where boxcars served as fresh-air transportation to the Inland Empire. He took with him his wealth in the form of a twenty dollar bill, and used the sole of one of his shoes as a safety deposit box for that Federal Reserve Note. It was to be used only in an extreme emergency. His loose change of 75 cents lay scattered around in a pocket.

When Harry jumped off the freight train out here, every cent was accounted for. His hungry looks got him here free of charge. Landing in a strange territory took some getting used to for this shy young fellow. Befriended by the Rudolph Raugust family, he was helped from getting too homesick. After earning some money, Harry was able to buy a guitar and other things that a young man in the west should have.

Taking newcomer Schneider for an outing in Spokane proved to be fun. He enjoyed window shopping when he saw an array of musical instruments or some snappy western displays. Dad treated him to all the milk shakes he could hold. I don’t remember for sure how many shakes he drank, but at 15 cents a crack it was starting to add up. The milk shakes kept Harry in a nourished condition all during the movie we attended.

The scab rock lands of Rocklyn was where Harry shone the brightest. Working for Frank Selde, the Olighers, and other cattle ranchers fulfilled his dreams of the west. In his spare time he had the challenge of stopping an outlaw horse named Tracy from tossing him in the air. Quite a conquest, for Tracy wouldn’t allow anyone but Harry to sit on his back. Finally Tracy was sold to the US Cavalry, and probably was used only as a riderless horse in funeral parades.

Harry’s singing voice did go public for a while. He placed first in an amateur contest at the Orpheum Theater. His performance landed him a job at the Coeur d’Alene Hotel’s Dutch Mill, ’til work out at Rocklyn beckoned him back.

While working on the John Oligher cattle ranch during daylight time, Harry was able to make use of his sleepy time hours for a while. He got a night time job on the building of the Mondovi elevator. The elevator got built to its proper height before burn-out set in.

Things got going for Harry ever since those days of establishing himself. Seems like he was able to cross over a lot of thin ice safely. He is now the main farm owner in the center of Rocklyn, and the surrounding territory. A local farmer’s daughter fell for Harry. It was ditto for him too. Then a marriage took place between Harry and Marj Knack, and the two raised a typical family.

Mr. Schneider’s love for cattle still exists, and now he has oodles of pasture land. A lot of his farm holdings are under irrigation supplying choice feed for all those animals that some day will land in meat eaters’ plates. In partners with his son, Sam, it takes four combines to harvest their crops. Harry is starting his retirement process by getting rid of his insurance agency at Reardan. All this is quite a record for a boxcar kid from North Dakota.

"...where boxcars served as fresh-air transportation..."
Library of Congress 1940 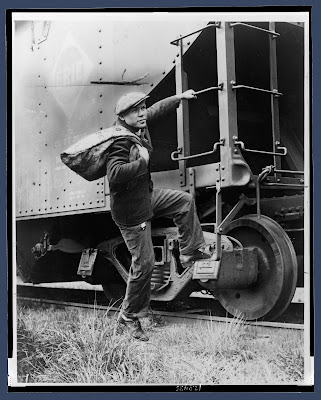 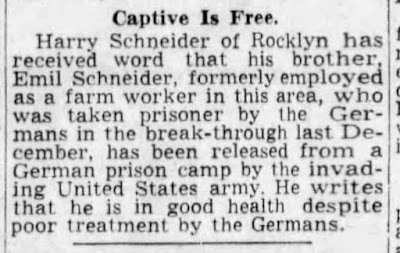 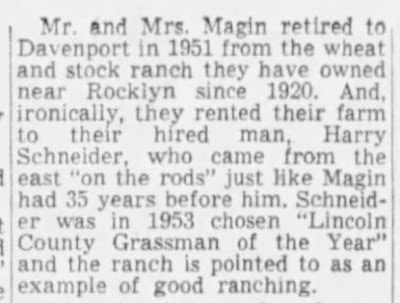 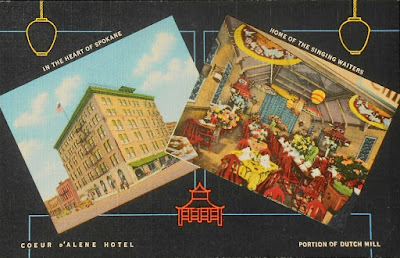