Waiting on the Cellar Hump

Mamer’s brain storm got started at the wrong time. In 1929 the stock market crash didn’t help him and his backers one bit. The depression that followed was of no help either.

When Northwest Airways moved in from St. Paul with a fat mail contract tucked under its arm, it put an end to Nick Mamer’s pioneer Model T air route. Nick then sold his two flying Fords, and got a job with Northwest Airways. Years later, the invaders became known as Northwest Airlines.

During the height of Mamer’s flying glory, one of his Tin Gooses would fly over our house every morning at about 8:25. If dad and I hadn’t been boxing fans at that time, I never would have had a picture of the flying Goose passing over our ranch.

My dad’s only sport interest was keeping track of all the heavyweight boxing champions that dated back to John L. Sullivan days, and up through Jack Dempsey’s fighting years. The mighty Dempsey retired after his last Tunney fight in 1928. In June 1931, Jack came to Spokane to referee a fight at the Natatorium Park.

It was a must that dad and I go see Jack Dempsey in person, so we could look him over while he refereed. Don Frazer and another pugilist were pounding heck out of each other. That night I found out that boxing was a brutal and dangerous sport. But my dad had enough cave man in him to enjoy it.

At the ringside, Dempsey’s side-kick announced that he and Jack were taking the West Wind plane in the morning to Seattle for more refereeing dates.

The next morning found me waiting on the cellar hump with my Brownie camera. No, Jack Dempsey didn’t wave at me as the plane passed over our house. But he was sitting up there on a wicker chair, listening to the rattling sounds of the old Tin Goose. 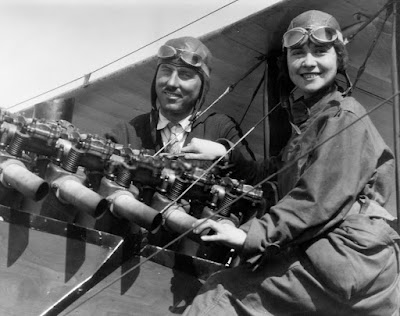 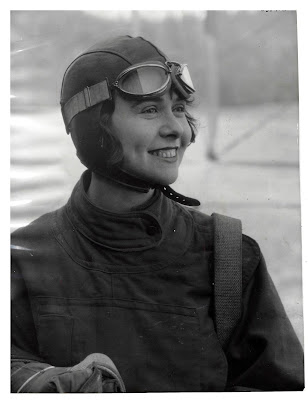 Press Photo, 1927
Original press caption on back: "'Going up to the clouds is fun on a hot day,' says Margaret Nixon, Miss Spokane-of-The-Air, 'but its always nice to have a parachute ready so you can drop in on folks you happen to see below.' She is shown with parachute equipment on her back ready for a fight with Nick Mamer, one of the many entrants in the New York-Spokane air derby." 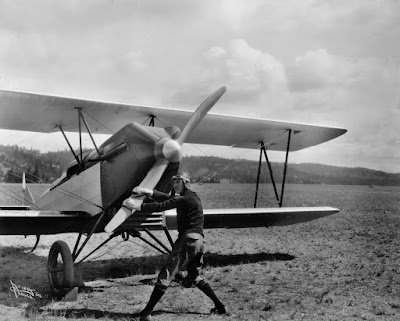 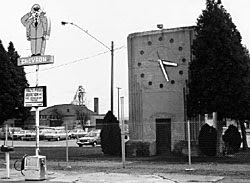 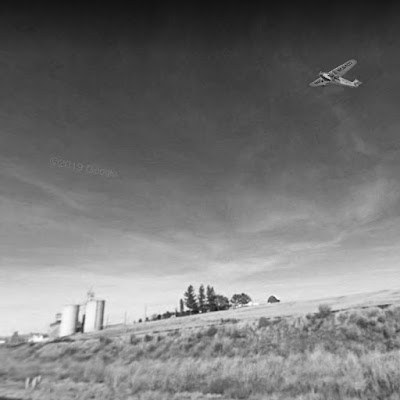 "...didn't wave at me as the plane passed over our house." 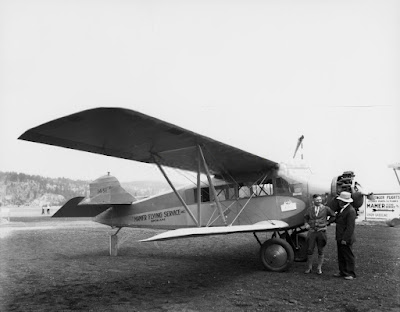