We Had to Take His Word

In 1889, the railroad reached a spot that was named Rocklyn, and a section house was built. Right now, that same section house is occupied by Ed Deppner, who is almost a century plant himself. He has seen the town of Rocklyn grow to a general store, a lumber yard that handled farm machinery, also a stock yard and three warehouse companies. Now, instead of seeing Rocklyn grow to a decent size town, Mr. Deppner saw the town get wiped out to where only his humble century old section house and himself is left. — Sunday mornings finds great-grandpa Deppner picking up his well worn Bible and catching a ride to the Assembly of God Church with the Hardys, where he is still trying to figure out a lot of spiritual things.
____
Since the Rocklyn Church is still hanging in there, it gave us another opportunity to attend Easter services for sentimental reasons. This small loyal group puts on this traditional special, followed by the minister’s Easter message and egg hunt goes smoothly for the benefit of visiting friends and relatives. After all, that hilltop has been holding Sunday services for over 100 years. And the other hill across the draw holds some of our ancestors that died with a lot of old time faith in their hearts.
Easter brought back memories when nearly all ladies wore new hats on Easter to church. Those ‘Easter Parade’ days also included a new dress to go with their hats and gloves. Yes, gloves. White ones at that, not that their hands were cold, because the menfolks were not wearing any gloves.
Jim Doak, pastor of Davenport Methodist Church during the 1950s, tried to break the cycle of spending lots of money on Easter outfits. One Easter Sunday, preacher Doak arose from his pulpit chair and stated that wearing new apparel for Easter is an expensive habit. To set an example, Rev. Doak added that he was wearing his old suit. We had to take his word, because he was wearing his long black preaching robe.
"Centennial Tour of Rocklyn" Kik-Backs No. 3, page 19 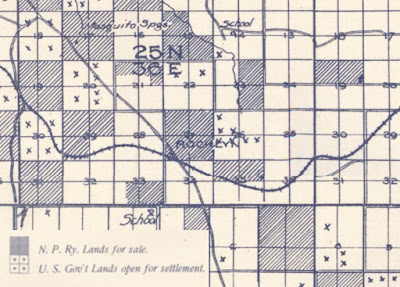 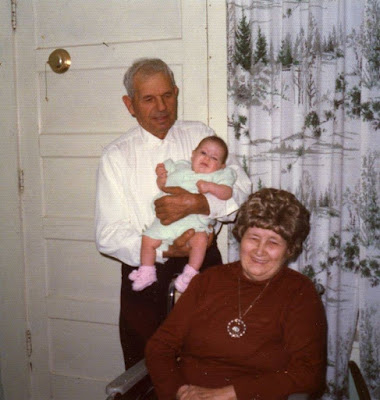