The Bum Left No Tips

The year of 1916, baby sitters were scarcer than hen’s teeth. My sister and I were only preschoolers. We had to learn to stay at home all day without the guiding hand of a babysitter.

No, it wasn’t a case of child abuse. Our parents didn’t run off to some place like a tavern. Mom wasn’t well that summer. We were told that she had to be taken clear up to Spokane every week for treatments. I like to think that Sis and I were made out of the ‘right stuff.’ Most of the time, we did feel sort of brave.

After receiving our weekly bye-bye hugs, we were left behind to witness the Model T disappearing in a cloud of dust. We would look at each other for a while, and then begin playing that we were at a camp meeting.

However, several times when we were left alone, ‘drop-ins’ supplied highlights, and some responsibility for Ethel and me. One long parentless day, in the midst of our play time, a bum came walking down the lane. He scared us enough that we sort of shook. The ice was broken when the bum asked if he could get something to eat.

Quickly we ran to the house. While sis was busy cutting up potatoes to fry, I was stuffing the cook stove full of wood. Dad always had a small can of kerosene to start the fire with. It’s a wonder we didn’t burn the house down.

The bum was fed a diet of fried eggs and a plate full of potatoes. After getting a free meal down his stomach, the bum left no tips.

Old Gus Kruger, a Rocklyn cattle farmer, was our weekly meat delivery guy during the summer months. Gus would knock a steer in the head, and peddle it to the farmers. The next week he usually would ‘do in’ a calf, so he could have veal as his speciality for the day. His Model T Ford held a shed like cabinet in the back that was full of fresh meat.

We kids were spending another day alone when Gus Kruger drove up with his mobile butcher shop. I told Gus I didn’t know what part of the steer to leave here. He said my mom usually wanted a roast and some steak. While Gus was setting part of a chopped up steer on a box, I told him I had no money to pay for it.

Old Gus had a dry sense of humor which I didn’t understand. He thought a bit, then finally said, “If you promise not to eat the meat, and put it down the cellar ’til it’s paid for, I’ll leave it here.”

Golly, that was a chore. Our old cellar hadn’t been used for a long time, as it was pretty well caved in. It took some time to get those two bundles of steer meat down that spider webbed cellar.

When the sky began to darken, sister and I always started to crave for papa and mama to return. When the stars came out, sis and I would manage to crawl up on the blacksmith shop roof. From there we could see the car lights as they came up over the creek hill.

It was a disappointment when the magneto driven lights didn’t dim down for the turn off. It meant we had to wait on the roof for another pair of lights to pop up.

Eventually, a pair of car lights made it into our lane. That particular night found us running up to Dad to let him know that Gus Kruger wanted the meat put in the old cellar, since it wasn’t paid for. Dad smiled and said, “That sounds like old Gus. He was just having some fun with you kids.”

The folks always brought back goodies from Burgan's Spokane store. Usually fancy, city-made, bakery stuff. Sometimes something wearable to brighten up our bodies. 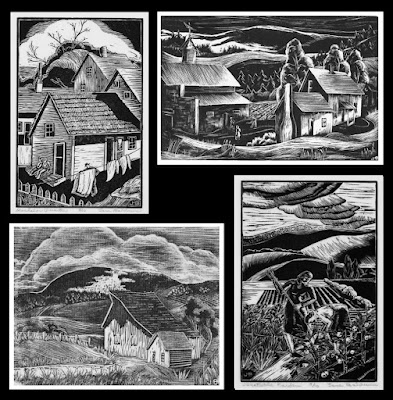 Jane Baldwin Woodblock Prints / NW Museum of Arts and Culture
Jane Baldwin's woodblock prints capture the essence of the Palouse landscape. Art was essential to sustaining America's spirit during the hard economic times of the 1930s, and Baldwin helped Spokane land an art center funded by President Roosevelt's New Deal. Between 1938 and 1942, the Spokane Art Center was a dynamic force in the community, as thousands of adults and children enrolled in free classes in lithography, painting and other disciplines taught by artists such as Robert Engard and Vanessa Helder. A community gallery offered a space for students, many of whom went on to lead successful art careers of their own. 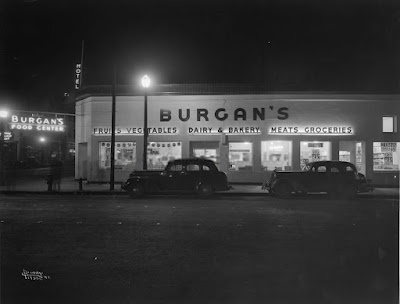 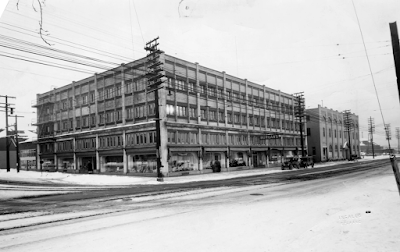