A couple of farms from our house lives a neighbor who was born 22 months ahead of me. The only difference between him and me is he is still hooked on farming. So far, he has avoided withdrawal pains.

For over 50 years, he has been a successful farmer, and has a bigger spread than I have, so retirement shouldn’t be a financial burden for him. 'Course, being a bigger man, his stomach does hold more than mine. Still, on the other hand, even with inflation, his body fuel costs would only be slightly higher than average.

Let’s take another example: Old George Borck, a hard-working, well-known Lincoln County farmer, and also a neighbor, raised wheat annually from his planning days of youth until old age. Mr. Borck ate, talked and lived farming all his life. Only taking time out for him and his wife to have some boys, who after they grew up, didn’t give a hoot about farming, and turned to other callings.

On his 80th birthday, George found it hard to get his arthritic body pried out of his tractor seat after spending long hours guiding his outfit and watching the cultivator shrink the field down to a satisfactory size. It occurred several times to him that he would have to give up the only joy he ever knew.

A few months before Mr. Borck held his auction sale, he stopped in for a chit-chat. “I just have to quit farming.” he stated. “My back pains are killing me." He always loved to visit about how the crops were doing, and what we should do to help nature give us better yields.

Old George didn’t live very long after old age put him on the shelf. I'll never forget what he told a lot us. “All my life,” he would say, “farming was a financial struggle for me. Now when I can afford good equipment and enjoy the comforts of farming. I’m getting too damned old to do anything about it.”

To quit farming gracefully, de-programming has to start years before you crawl off the tractor for the last time. Why wait ’till you're all stove up from wear and tear? Waiting for rigor mortis to set in can be too late to reap much benefit from retirement.

How does one retire gracefully and still survive? You know, that is a problem! Unless you are one of the few who can’t wait for old age to set in, so you can have a socially accepted excuse not to do a darn thing but clean out a comfortable place to park yourself.

On the average, wheat farmers love their independent profession. Years of know-how are buried deeply in their weather-beaten heads. Case in point: Simon Reinbold, one of our well-known regional area farmers, whose total live years since birth have added up to a respectful figure, is still active. He keeps in touch with environment by having his cake and eating it too.

Simon prepared many years back for his semi-retirement, when as a young lad he found himself listening to stories of far away places, told by a wandering seller of wares that used to stay overnight at the family farm. The vocal travelogue given by that Syrian peddler who migrated from the Middle East, planted seeds of travel in Simon’s mind.

Since then, he and his wife have enjoyed many outings around our planet, returning back home with fresh knowledge of different farming and cultural habits. For years now, the two of them have mixed farming with traveling on a schedule to suit their broadening educational needs.

Unfortunately, we are not all made out of the same mold. Frankly, I get homesick when we take an overnight stay in a motel, unless the car is parked facing home. 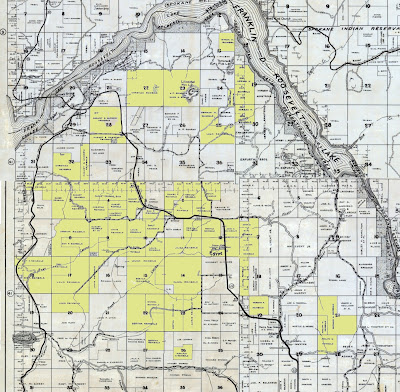 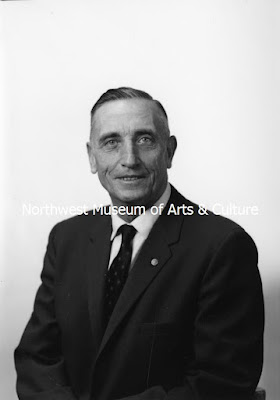 "Farming in the last century required ingenuity and independence, and farmer Simon was a blacksmith, carpenter, engineer and mechanic rolled into one. He built windmills and elevators, along with an extensive shop and blacksmith’s forge to craft whatever hardware he needed. Unafraid to innovate, he benefited from WSU Extension discoveries in soil conservation and fertilizer use to get the most out of his ground." 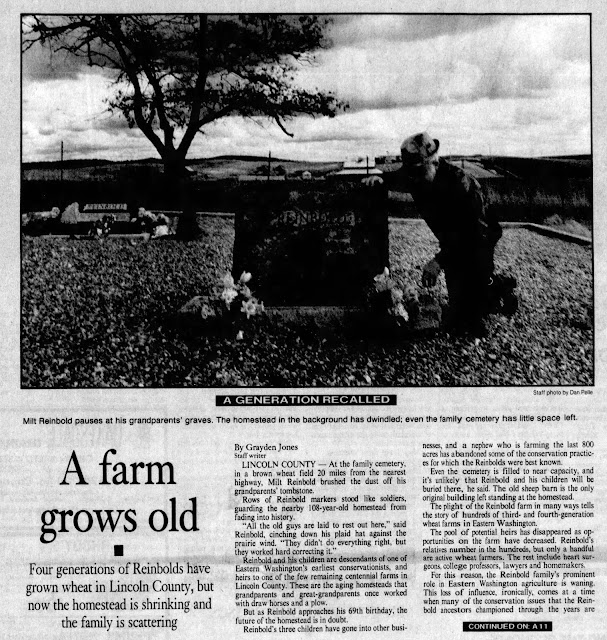 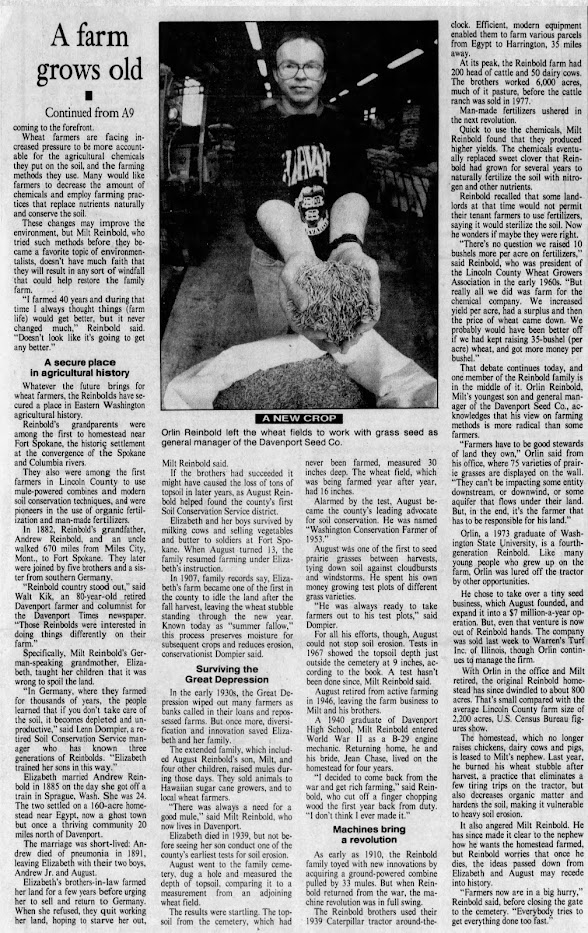