It’s been weeks since disturbance set in on Mount St. Helens. She seems to be through throwing up her messy stuff that can’t be successfully washed away with a hose. Our eyes soon told us this mountain waste will be around for quite awhile, sabotaging our lungs and all mechanical things that need air.
If the mountain behaves itself, there is nothing left but to summarize it all. Just think, old St. Helens has put Lincoln and Adams Counties back on the map and made more Washington history. During the height of our private holocaust, the Russian Afghanistan events were shoved from the front page, and the reporting of that Iranian stiff that wears an oversized beret and bathrobe was dampened.
When President Carter swung this way and stopped off in Spokane on his inspection trip, he mentioned the town of Ritzville. (That word touched us yokels). It gave us a feeling he cared, even though the next day he may have been back in his Rose Garden, or down in Florida for more inspections. All this may appear to be window-dressing, but what else could any president do? He had no political power over restless Mount St. Helens.
Sounds like volcanos and earthquakes have been around for quite a long time, doing their thing by shocking and puzzling the heck out of our ancestors. When a little band of Hebrews got to Mt. Sinai, it was belching quite a gob of fire and smoke, also making a lot of racket and doing some shaking. It scared the living daylights out of Moses and his faithfuls who happened to be fiddling around that rather bare mountain at the wrong time.
The few faithful prophets of this generation are not up-tight about what’s going on now inside of mother earth. My father-in-law said that fire and brimstone won’t pour over this planet ’till after the millennium, when a lot of other not so hot things will happen. Of course that catastrophe ain’t suppose to happen for quite a spell yet.
"Mt. Saint Helens" Kik-Backs, page 57 (home)     (thread) 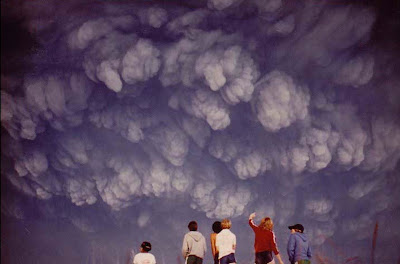 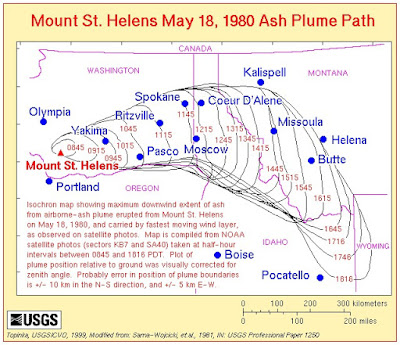 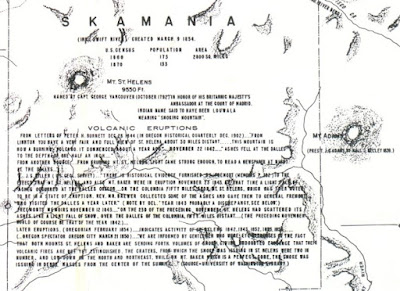