At a boat show in Spokane, it was interesting listening in on a salesman trying to stuff a rocket type boat down a potential customer's neck. This salesman was telling the guy he would have twice as much fun if he had a speedier boat. He was advised to trade in his old boat for one that would go zoom all over the lake. Good gosh! The middle-aged guy may just enjoy seeing the lake go by in slow motion.

Since we all have to wait a bit before jumping into the water or to watch happy skiers being pulled around on our own man-made lake, how about going over a little history that made all this summer fun possible? In case some of you young ones don't know it, there are two rivers buried under Lake Roosevelt. These two bodies of water didn't have much to do for eons, except to carry run-off water to the ocean. Then smart guys came along and made all that moving water do great things. One of the good side effects for our territory was the making of Porcupine Bay, Fort Spokane, Keller Ferry and that semi-desert showplace, Spring Canyon. Aslo, a lot of mini beaches that sort of sprung up on their own.

The creation began a little over a half century ago. At that time, the government got a hold of a lot of help and raised the Spokane and Columbia Rivers as if by magic. The water rose to just the right height to form those wonderful inland beaches. Now let's take Porcupine Bay to elaborate on, as its development was unique.

Verbal records show that early boaters with their one to three horse power motors came upon this spot. They figured it was a darn nice place to park their boats and to stretch out on its sandy beach after devouring a basket lunch. How did the early explorers know this paradise was Porcupine Bay? They didn't 'til they saw some porcupines waddling around.

Early landowners that joined this vast lake along Porcupine Bay were only interested in taking a look from the bluffs and saying, "That's a lot of water down there." Then they headed back to their farming or cattle producing businesses.

But there was one farmer out Harrington way that took more than one look. He was Herb Armstrong, a guy that didn't mind spending his own money to develop this place. He fixed up the old trail-like road along the water line so the landlocked swimmers and picnickers could enjoy this spot. Also, Herb and his friends built some wooden boat docks and stuck a pipe deep enough into the ground to bring forth some sandy water. For a little privacy, a couple of out-houses were erected.

A few of us early day users asked this question: "Will Porcupine Bay ever grow into a nationally known Federal Park, or will it remain a secluded spot for the chosen few?

Again, Herb expanded his energy and came to the rescue. He started pestering the Parks Department to visit Porcupine. The idea was to sell them on developing this spot. They were reluctant to have it checked out as they just got through finishing Fort Spokane Recreational Area and figured this addition wouldn't be supported by the vacationing public.

But Herb kept the pressure on. When it looked like he was going to get thrown out on his ear, the park guys finally promised to phone the big wheels at headquarters. A Sunday date was then set aside for inspection.

Herb immediately sent out emergency notices to all of us that used the shores of Porcupine. He told us to get down there early Sunday and help fill the beach with lots of people. Boaters also responded. They were buzzing their boats up to the shoreline long before the big wheels arrived. A couple of clunked-out boats were towed over to fill in a bare spot.

All afternoon there was a waiting line in front of the out-houses. Unnecessary repeaters were to show the park guys how urgent it was to have new pocelain indoor toilets to sit on.

Even if it wasn't ethical, the stunt was a success. The Park Board appropriated all the money needed to match the rest of the chain of Recreational Parks. It was neat to have been blessed with the security of Park Supervisors and well trained life guards. The Park take-over encouraged Herb Armstrong to build the now present-day road right into Porcupine's parking lot. 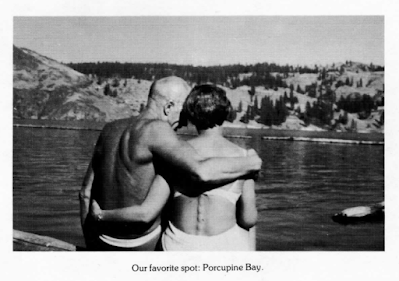 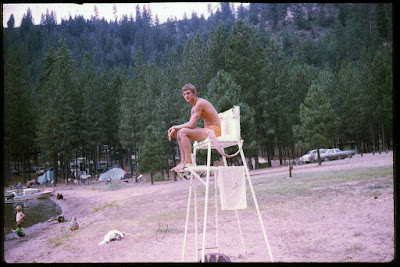 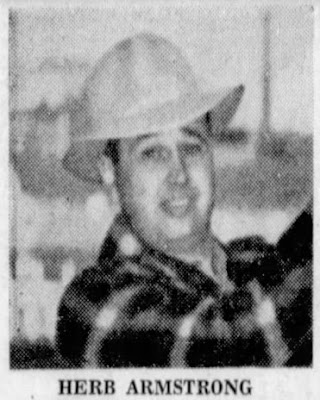