One day, while chatting with Howard Janett at his mailbox, a guy stopped and wanted to know if those elevators back there were Rocklyn. We informed him he had just passed through the geological location of Rocklyn.

It's a hard place for strangers to locate since my sister rescued the Rocklyn sign from the demolished depot as a souvenir. It's now a resting place for robins on her lawn after they take their bird baths.

The Davenport Times runs on the illusion that there is officially a town called Rocklyn. Sugar helps create this false front by sending in her column under the title of "Rocklyn Times."

Rocklyn was never a town that grew to such strength and fortitude as Ruff did. Even during its heyday, no one really cared to move to Rocklyn when retirement rolled around.

In a miniature way, the town ran parallel to ancient Rome. It had its greatness before it burned down, but there was some doubt whether the lady owner was fiddling while Rocklyn burned, even though she did a lot of fiddling around before the fire.

Before moral decay set in, Rocklyn did have its hard-rock citizens. A church and a school were located nearby. Taintless families of high virtue took their turns at owning the General Store, Post Office and implement buildings. A lovely large residence went with the main street set-up. 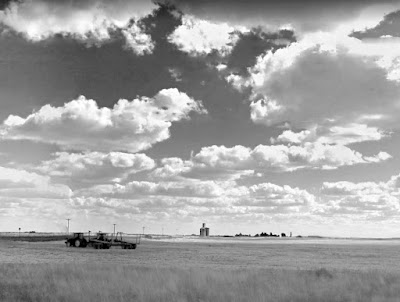 "...wanted to know if those elevators back there were Rocklyn."
Google Street View 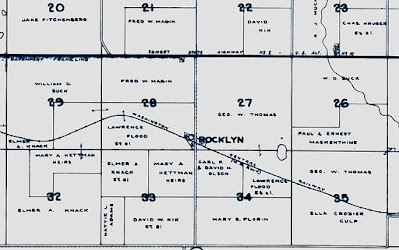 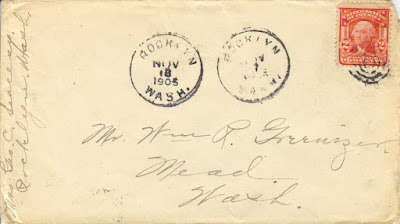