Knocked Your Eyes Out

During the years, our National Recreation Areas have been a retreat for interesting people. Porcupine [Bay] was no exception. Quite a few summers ago a group of Hungarian refugees sort of took over Porcupine on weekends. How could that happen? Well, in a way the Russians were responsible for it. These rebels got tired of having the Russians sitting in their country, so they took pot shots at them. But they were outnumbered and had to run like heck for their lives. The Catholic Diocese of Spokane took them under their wings so they could survive and find jobs.

When the Hungarians arrived in Spokane, they let homesickness set in 'til one of their leaders, Egon Batai, found Porcupine Bay. The following weekend most of them made the maiden trip to this spot. These runaways were a tightly knit tribe and lived all their lives near a beautiful lake—so Porcupine was an excellent substitute. Continually on weekends these happy Hungarians would load themselves down with arms full of picnic stuff, tents, and lots of bathing suits.

The Batais had two daughters that knocked your eyes out. The rest came in various shapes and sizes. They were all highly skilled in their trades. Egon painted portraits that were more real than real. Through Gonzaga, arrangements were made for Bing Cosby to sit a spell for Batai so he could paint him with a pipe in his mouth and a fishing hat on his head. When Jack Kennedy got shot, Egon, with the aid of photos, painted a larger-than-life size picture of our dead president. It was sent back to widow Jacqueline. She picked Egon's portrait over other entries and it is now hanging in the Kennedy show-off room. Egon was also the fussiest picture taker I ever saw. Down at the Bay, he used special reflectors and always looked in every direction before clicking the camera. The enlargement he made of Sugar and me did look a little shinier. 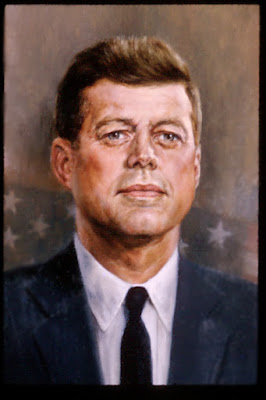