More than four decades had passed before Sugar and I got down there for our first long visit with my dad. While scanning the local paper, I noticed that Walt Knott had just been out visiting Norco Grange. Feeling I missed a chance to yak old times with him, I grabbed Sugar and beat it down to his now famous berry farm. After spotting a security guard, I started telling him I knew and worked for Walt Knott when he was a little shot. Could we see him please? He thought it was possible if he was not out politicking and gave us a pass to his office. We sat in his office waiting room for one heck of a long time; finally his secretary said that Mr. Knott does not keep track of his former employees. After letting her know my aquaintance went back to the Model T and dirt roads when only a few of us worked for him, finally she said, "Just a minute please." My heart started carrying my blood around real fast. I thought now I can talk to him about old times, goody goody.

But things didn't go that way when I got into his office. He recognized me and we agreed it had been a long time. I had a feeling I had better say something brainy. Noticing a large picture of Ronald Reagan on the wall, I commented that "You folks have got yourselves a new governor." He said "Yes, we worked hard to get him in." And added that Reagan owed the Republican party a lot of gratitude. Finally, he asked what I was doing and where I lived.

Immediately he branded me as a Washington wheat king of some sort and started telling me to work hard for the Republican party, as it's out to save the nation. He told me to get in touch with certain politicians in Spokane and Seattle. Also wanted to know if public power was interfering with my farm operations. To the last question I never could figure out what it had to do with my scab rock farm. I sorta stumbled around and said something about the Roosevelt administration did save me from going broke. That brought silence.

To break the spell, I told him I would have gone out to the Grange if I had known he was going to be there. He figured the Grange had lost its pioneer spirit of progress. After some visiting about his Calico holdings, I wanted a picture of him. He posed, business like, behind his rather interesting desk, then handed me a couple of passes and said, "Here, take your wife and see Independence Hall. It will make you appreciate America."

I already appreciated America, so Sugar and I didn't take time to see it. I was anxious to attend Grange the following Saturday. I asked what they thought about Walt Knott. The master said, "We kind of put the screws on the old boy. We were happy to have him out here to give a talk, but he has the idea that everyone can make it big. He doesn't realize someone has to be around to do the work."

Walt is getting pretty old by now. I don't think I'll go back and ask him what he thinks of Jimmy Carter. 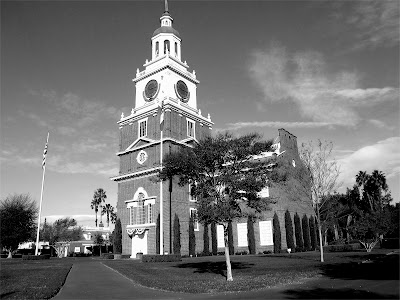