Walt Kik Obituary
Kik, Walter:  “Rocklyn.—Graveside service for Walter (Walt) Kik, 93, took place Monday, Nov 18, at the Rocklyn Cemetery at Davenport. A memorial service is scheduled Saturday, Nov 23, at 10;30 a.m. at the Spokane Unitarian Universalist Church, 4340 W Fort Wright Drive, Spokane, with a buffet luncheon to follow. Mr Kik died Nov 13 in Davenport.  Best known for his ‘free thinking and independent spirit’ he wrote columns for the Davenport Times, Wilbur Register and Odessa Record, which he compiled into three Kik-back books. He belonged to the Spokane Unitarian Universalist Church and the Humanist Society.  He also loved to run and finished first in his age group at Spokane’s Bloomsday while he was in his 80s.  He also participated in the Bare Buns Run and was a 4-H leader and supporter of youth programs.  He and his wife were Davenport’s Honored Couple during the 2001 Pioneer Days celebration.  He was preceded in death by a sister, Ethel Peak.  He leaves his wife of 63 years, Esther (Sugar) Kik, at the home; sisters-in-law, Edwina (and George) Mielke of Davenport and Beryl Deppner of Wenatchee; a brother-in –law, Art (and Sharon) Deppner of Davenport; and several nieces and nephews. Strate Funeral Home handled arrangements.” (Davenport Times: 11-21-2002) 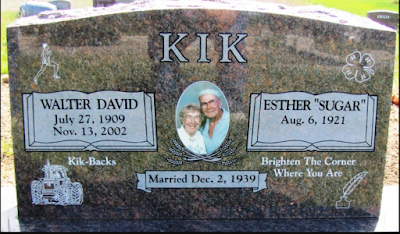 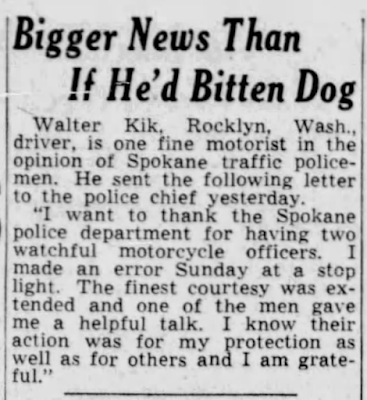 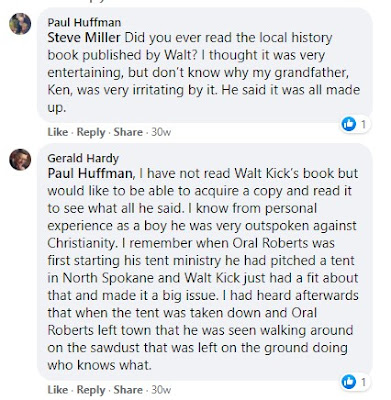 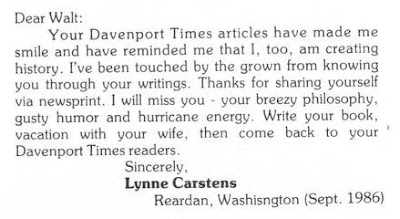