His Chickens...Never Paid for their Keep

Time can wipe out a lot of the old scenic past, especially in Southern California. Lots of people are the reason. When you get too many in one place, it changes the texture of the country. It was kind of risky showing Sugar all the places that I used to roam in my Model T while living in Orange and Norco. There are just too many freeways down there that have too many cars on them. It scares the heck out of a guy.

While cruising on top of the freeways, I could see down below that rooftops have replaced orange groves and walnut trees. A spot where I used to pick watermelons and berries now has a replica of Independence Hall setting on it. Tourists and sightseers have also filled in the rest of the familiar haunts. The location where our old ranch was, is now plugged up with houses filled with people who got squeezed out of Los Angeles.

In the 1920's the interesting part about that section of human growth was that everyone was anxious to survive a little better there than the place they came from. That Norco district was the brain storm of promoter, Rex B. Clarke. Folks that bought in there had to lower their sights somewhat, and lived with the feeling that a person might in time get ahead of the other fellow.

All at once I got to thinking, what am I doing here? My only hope of getting back to Washington was that Dad might go broke as a self appointed realtor. He often said that if he had to carry a lunch pail, he would come back to the farm. When mother never showed signs of putting up lunch for him, my hopes faded and there was nothing else to do but sweat it out for a while longer.

Making it through the last year in California was eased somewhat when our house started filling up with relatives or friends that were either visiting or looking for an opening themselves. What also helped me a lot was when an old guy by the name of Dave Robinson and his invalid wife became our neighbors.

Old man Robinson traded his self sufficient plot of Ozark land in Arkansas for a piece of sun baked ground next to ours. It had a cottage and a chicken house full of chickens on it. The adult chickens were supposed to supply enough eggs so these two oldsters from Arkansas could survive and enjoy sunny California. That’s what they were told by a fast talking real estate guy.

As soon as Mr. Robinson got there, he ordered a replacement batch of chicks and watched them grow up to egg laying size. Even though all his chickens laid good sized eggs, they never paid for their keep.

I had a lot in common with old man Robinson. I was raising ducks on the side because I liked ducks. But my kind of ducks didn’t like California weather, even with the large pond I installed for their benefit. We both suffered economical disaster together. Liquidation took place without filing bankruptcy.

This caused homesickness to set in on Dave Robinson. Only in his daily dreams was he able to have hopes of getting his Ozark place back. Down deep he knew he was too old to do anything about it. He always felt better when he would tell us what a Garden of Eden the Ozarks was, but at the same time it brought tears to his eyes.

Dave would explain how self sufficient life was there. When he needed a hog to eat on, all he had to do was to go out into the woods and shoot at a razorback. Berries of all kinds were there on the slopes for the picking. When fall came, he and his wife would go out in the open with a couple of sacks and gather wild nuts and other edible things. Except for chewing tobacco, he bought very little at the general store.

Since there were no wild nuts to gather or razorback hogs to shoot at in California, Dave asked Mr. Knott for a job. He became our eldest worker there.

Dave loved to pick berries, but weeds grew quite well between the strawberry rows. This required a lot of hoeing. Dave tired of that job quite easily, and spent too much time sitting down to sharpen his hoe. The boss came by one day and found Dave’s hoe razor sharp and he was told it didn’t need any more sharpening. Knott didn’t mean to overwork the old guy, but he was not a fellow to let anyone goof off or file their hoe down to the handle.

How Dave longed worse than ever to be back in those self supplying hills of the Ozarks where he could sharpen his hoe for as long as he wanted to. It certainly would have been smart of him if he had made a scouting trip out to California first. He would have known whether he could sustain a successful retirement life outside of his environment. Many happily can, but old man Robinson couldn’t. 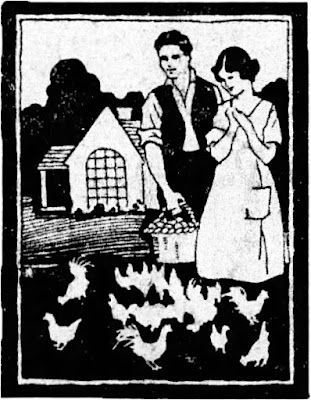 Detail of Ad Below 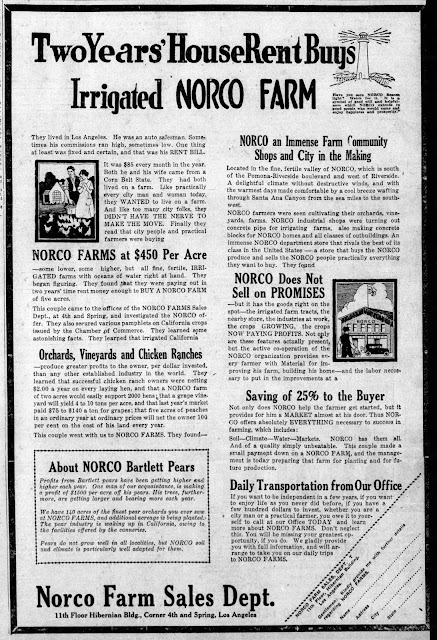 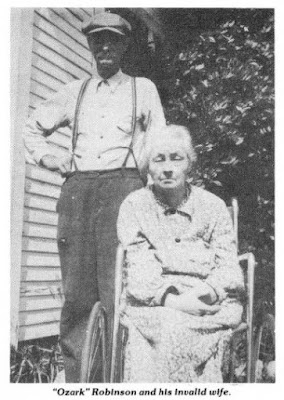 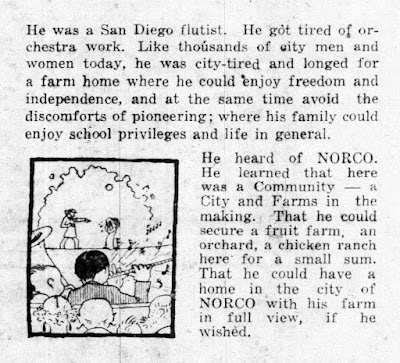 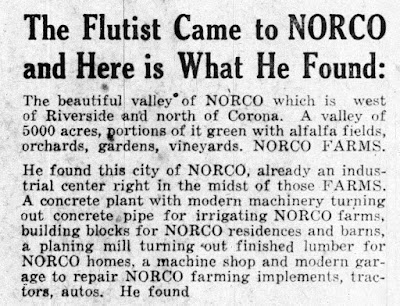 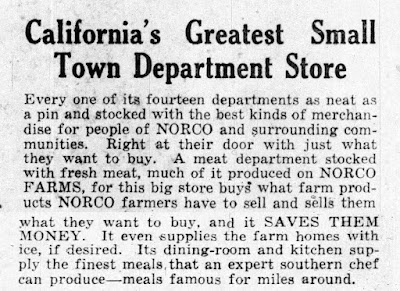 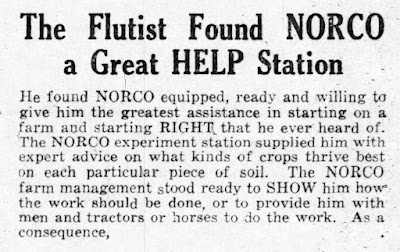 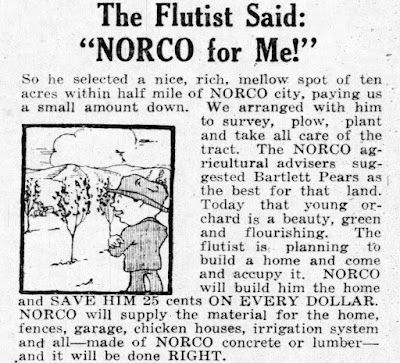 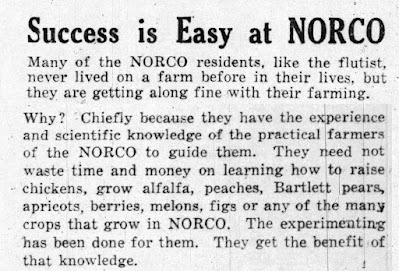 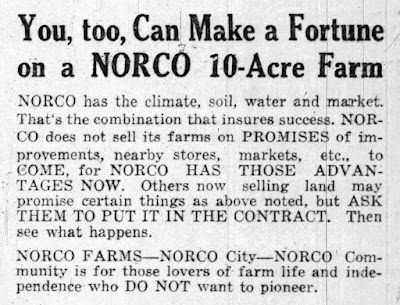 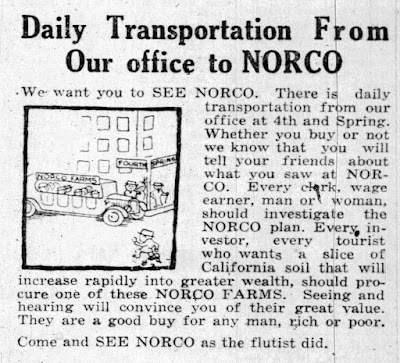 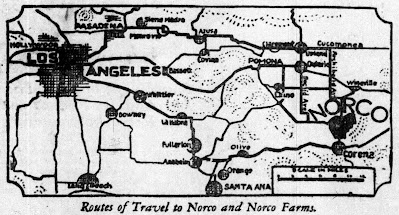 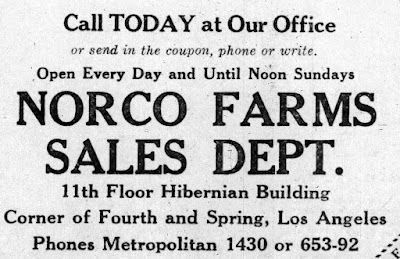 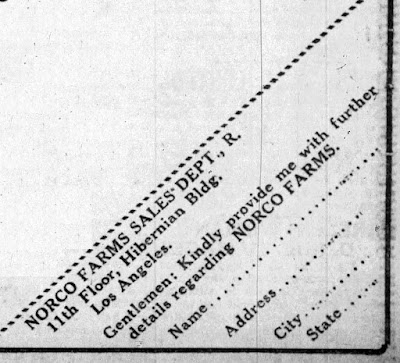 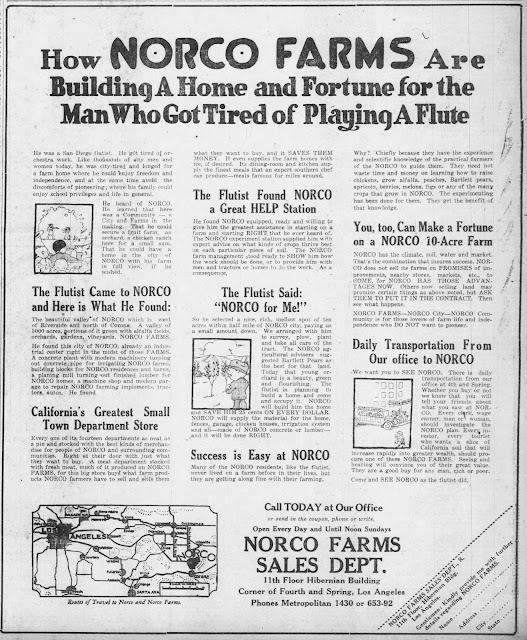