Out here at Rocklyn we just had another record that will be hard to beat. For over 92 years Ed Deppner’s ailments simply just passed through his system in orderly fashion, without any aid or advice from doctors. Also, his bruised up body (from accidents) found a way to heal up all by itself. The charmed life of living close to the soil made this rugged old man very shy of doctors and hospitals.

The wear and tear finally caused Grandpa Deppner’s life to change slightly. One of his legs began swelling up. He thought some poison bugs were biting him. Quickly Grandpa began putting Mentholatum on his leg, a salve he had been using successfully for over 80 years. His home treatment ended when son-in-law George took one look at his oversize leg, then carted him up the Lincoln County Hospital.

It was at the Hospital that Grandpa got introduced to the modem world of medical science—still he wanted Sugar to bring in his Mentholatum. But when grandpa was put on a special care list, the treatment was so superior that he didn’t have to use his salve.

After a couple of days of hospital treatment, old grandpa let us know that this was a learning experience for him. I have never seen anyone more appreciative of having a second chance at some added earth living. Between his marathon talking sessions on religion, he took time out to tell us, “You know these hospitals are needed.”

After doctors made some repairs in and around grandpa’s body, his leg got back to a decent size. He was then allowed to go back to his vacant Rocklyn estate, where he spent considerable time trying to figure out why his leg got so big. 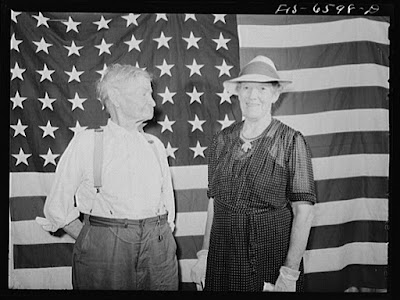