A few years ago at the Lincoln County Fair, the vegetarian eating Seventh Day Adventists had their usual booth. Again, they were busy making people conscious of their health. The questions and test on stress are quite simple and effective. Their object is to help us stretch out the length of time it takes to reach the grave. In fact, besides practicing fundamentalism on Saturdays, they are about the only religious body that focuses their meal time on eating healthy stuff.

While at the Adventist booth taking a written stress test (that could be faked if you didn’t want to reveal your true self), I got to talking to a lady helper. She is deep into nature’s healing power due to Adventist teaching. Upon finding out that I had an old illustrated Adventist Medical Book, she asked to borrow it. A couple of her friends are now using this book for information on how to live with arthritis and other unpleasant things. Surprisingly, since no cure has been found for this crippling ailment, arthritis, that old health book isn’t too far off from modem day advice. Also the book is chuck full of ways to use natural foods. It’s only been recently that the population accepted such advice.

This book has been in our family since 1908. It has quite a history of finding some good natural and medical cures for it’s day. Dr. Clarence Miller was the administrator of the Loma Linda California hospital during the 1960's. As a young lad, he posed for some of this book’s illustrated pictures, mostly in the buff, because he was setting in a tub of hot water. It seems like in those days among the Adventists, a hot sitz bath was good for a lot of things, besides soothing hemorrhoids, and warming a cold butt. Clarence worked his way through medical school by selling stacks of these well bound books.

At the tender age of 15, while living on German food that floated in cholesterol fats, a bad case of yellow jaundice attacked my liver. It replaced all my tan, and the whites of my eyes with a coat of yellow. This coloration made me sick as a dog for over a month. Starting at that time, this old Adventist health book became my bible. In those days, what they didn’t know, was more than made up by telling everyone to throw away all objectionable meats, and start eating lots of fruits and vegetables. This book and Benarr Macfadden’s articles was a big help for me to stay on the straight and narrow for all these years.

In September, 1988, at Ritzville, the ‘Germans from Russia’ held a pot-luck dinner and program. For old times sake, I tasted their German sausage. It brought back memories of squealing pigs running for their lives. And that old butchering smell of flesh that hadn’t been chilled by death, is still repugnant to me.

By getting nosy that night, I found out that the Seventh Day Adventists are out-numbered slightly by the straight line Christians in the Germans from Russia area. But the percentage has a chance of changing. Because the Adventists have healthier living habits, and should be able to stick around longer.

Going back to the subject of stress...Even a devoted Seventh Day Adventists can become a fatal victim of stress. A cousin, Edwin Rieker, grew up near College Place and turned himself into a successful physician and surgeon. He set up headquarters at Portland and at one time at Loma Linda. Edwin piled up a lot of material things. He and his wife were able to acquire a classy home at Portland, and one at Lake Wallowa. He had everything to live for, except one thing—he lost his wife. Under stress, he became a victim of suicide. Edwin could have had a chance to save his life if he would have practiced what he preached: How to survive through a stressful situation. 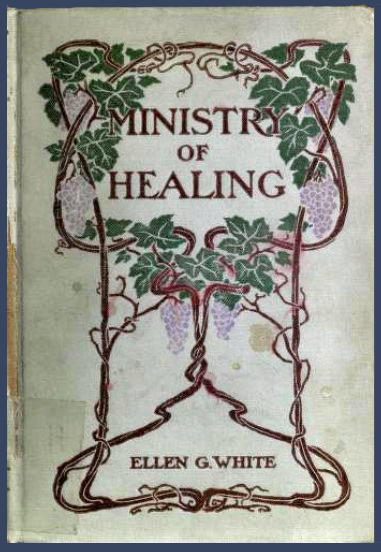 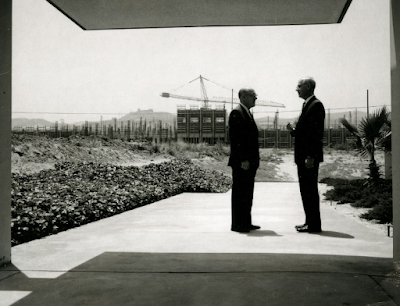 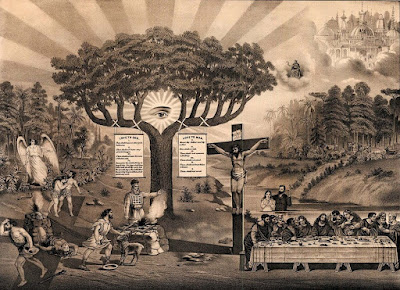 "Illustration reflecting the growing understanding of the plan of salvation experienced among  [Adventist] church pioneers."
AdventistReview.org