One day while visiting along the halls of the Lincoln Nursing Home in Davenport, familiar music from a saxophone started coming from the recreation area. It was the sound of an old waltz that I used to dance to. I just had to get closer, so the tune could penetrate my ears better.

Upon snooping around the corner, to my surprise, it was Ross McDougal, one of the original members of the now defunk but popular orchestra of long ago. It’s been ages since I’ve, seen Ross, or danced to his music. I didn’t know he was around anymore, as things do happen to a lot of old acquaintances. I just figured that Virgil Rux was the only active one left representing that old Rux-McDougal orchestra.

That afternoon, Ross and his wife Leona were bringing back musical memories to a lot of retired citizens that are now taking it very easy. A new generation nurse thought the McDougal tunes were catchy, and sometimes sentimental. She couldn’t see why those pieces aren’t played anymore. Well, the big time orchestra music got put on the shelf when the Beatles sort of initiated the rock and roll type of noise.

During the real early days, most rural dances had to settle for a fiddle player and a piano accompanist. They knew about a dozen tunes that were stored in their heads, but when they released them through the bow, and piano keys, all the tunes sounded about the same, with varying degrees of speed.

When the days of the Guy Lombardos, and the Glenn Millers type of music crept into the rural dance halls, the frontier fiddlers gradually fell by the wayside. They just could not put together all the necessary sounds to make sweet music.

This gave Ross, and his farm bred friends a chance to get going with those musical pieces played by big time orchestras. Their first break came way before the back waters wiped out the fertile farm valleys below Hawk Creek Falls. At that time, Vincent Moore had a large orchard that produced lots of eating apples. Vincent had just finished building a large packing shed before apple picking time. Mr. Moore thought his spacious new shed would be a neat place to throw a public dance. It was his way of dedicating the new building.

That event launched the newly born orchestra featuring Virgil and Orville Rux, Ross and Jack McDougal, and Viola, an eligible young lady that later became Mrs. Orville Rux. The Hawk Creek Falls dance turned out to be a big deal.

After a year, because of demand, this popular orchestra divided itself into two groups, and was called the Rux and the McDougal orchestras. Since Jack the drummer stayed with Ross, Harold Rux joined his brothers’ setup, and started drumming.

Many a Grange hall accessories (out houses, woodsheds, etc.) were paid for by having these orchestras play for their public dances. The Mondovi Grange Hall was built from profits that those players drew. Teddy Zeimantz stated that part of his young growing period was spent sleeping on Grange benches while his parents danced to the strains of sentimental waltzes, and fast stepping tunes.

Virgil and Ross saxophones played out notes equal to that of professionals. Especially when it came to those moon waltzes. Their saxophones made a person dream of a full moon, romance, and lots of roses.

Both orchestras had a neat habit of announcing mixers throughout the evening. All the men would line up on one side of the Grange hall, while the ladies filled up the opposite wall. When the orchestra got going, a fast stepping rush to the center of the hall took place. Partner dancing began when contact was made. Usually a square dance or two was thrown in to satisfy the old timers.

When it was time for the orchestra to turn itself off for the night, Home Sweet Home generally was played. Sometimes the tune of ‘After The Ball Was Over, Many A Hearts Are Aching,’ could be heard, which was appropriate for those few that got jilted.

Ross is retired now, but not his music. His saxophone cheers up a lot of people in rest homes. Virgil stayed locally, and is actively engaged in museum work. His interest helped make the Lincoln County Museum a reality.

Nature has been kind to Ross and Virgil. Neither has lost their heavy shocks of hair that still require daily combing. Both have retained the same good looks they had when they were making music throughout the dance halls in those fabulous 20s, and during the Depression days.

"Sweet Music of the Past" Kik-Back Country, page 37 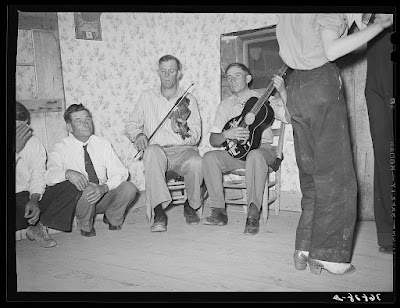 "After the Ball" is a popular song written in 1891 by Charles K. Harris. The song is a classic waltz in 3/4 time. In the song, an uncle tells his niece why he has never married. He saw his sweetheart kissing another man at a ball, and he refused to listen to her explanation. Many years later, after the woman had died, he discovered that the man was her brother. (Wikipedia)

Begged for a story—"Do, Uncle, please.

Why are you single; why live alone?

"I had a sweetheart years, years ago;

Where she is now pet, you will soon know.

I found her faithless, after the ball."

After the ball is over,

After the break of morn—

After the dancers' leaving;

After the stars are gone;

Many a heart is aching,

If you could read them all;

Many the hopes that have vanished,

Bright lights were flashing in the grand ballroom,

There came my sweetheart, my love, my own—

"I wish some water; leave me alone."

When I returned dear there stood a man,

Kissing my sweetheart as lovers can.

Down fell the glass dear, broken, that's all,

Just as my heart was after the ball.

True to my lost love though she is dead.

She tried to tell me, tried to explain;

I would not listen, pleadings were vain.

One day a letter came from that man,

He was her brother—the letter ran.

That's why I'm lonely, no home at all;

I broke her heart dear, after the ball. 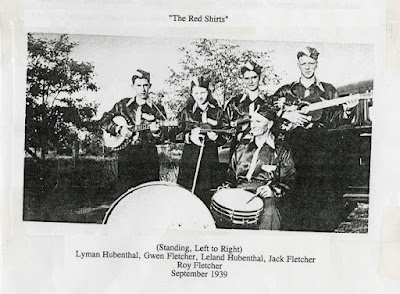