A Hot Hand That Sometimes Glows

The Federal Communications Commission is supposed to operate on the Fairness Doctrine which states that any two-sided issues of public concern deserve a balanced airing. Incredibly, the FCC has ruled that this doctrine does not apply to religious programming.

With that kind of protection, many radio and TV mercenary preachers can get by with anything...you name it. They are not only a public nuisance, they can scare the socks off of some peaceful believers with their interpretation of the Bible. Few programs are aired to adjust these view[?], to debate issues, or to admit criticism.

Years ago, when TV was in its in infancy, Oral Roberts and his shake-down men settled in Spokane for a stay. Roberts’ circus-size tent was full of curiosity seekers, and those expecting magic help. When the show ran its course. I went to see Rev. Ashenbrenner of the St. Paul Methodist Episcopal Church. Fie stated, as far as he could tell, a good 10 percent of his congregation contribute to that guy who claimed at that time to have a ‘hot hand' that sometimes glows (his very own words) and that it was chuck full of the Lord’s healing powers.

The object of some of these media Messiahs is to turn your brains into mush, so they can siphon off money that should be going to established churches. Even Billy Graham competes with local churches for communicants and contributions. Billy’s one-shot remedy gets all the credit, and then he disappears to another distant grandstand play. It's the established community ministers that have to face the weekly chore of meeting the faithful's spiritual needs.

Not too long ago an old lady in Spokane was robbing herself poor by sending a lot of her Social Security money to a number of begging media preachers. She also sent for a healing cloth, and some special charged up spiritual oils. A Unitarian friend of hers contacted a minister of her past faith. With the pastor’s visitations, she was rescued from those legalized crooks. All this semi-invalid lady needed was some personal fellowship to bring back her old standard religion. 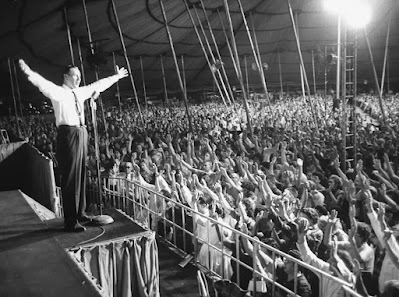 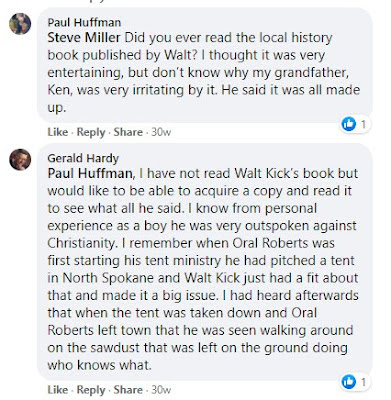 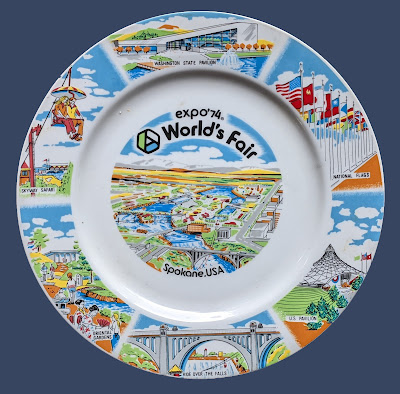