His Own Paycheck on the Line

Who was the good guy of long ago that couldn’t stand seeing some of his farm friends going down the drain? It was Fred Reinbold. During the darkest days of that great depression, Fred was the local manager of an oil company in Davenport.

Ed Kruger, Lynn Gunning, and myself ran out of money at about the same time. We had every reason to walk off our farms and join the soup lines, but that sounded distasteful to us; so we learned to live from one crisis to the next. The final blow came when no gasoline got to our farms unless it was paid for. Without fossil fuel, we could not produce wheat that nobody wanted.
Fred Reinbold called up on a Monday morning, stating he was bringing his boss out to try and convince him we were farmers that some day would pay for stuff like gasoline and oil.
I was topless when I approached the oil executive’s car. Fred’s boss looked me over and asked, “Did you have to hock your shirt to keep alive?” Upon leaving, I remember Fred saying to his boss, “All Walt needs is a little more gas ’til fall.”
After the empty report I gave Fred and his boss they drove over to Ed Kruger’s farm then back to Lynn Gunning’s place for more monetary evaluations.
Little did we know, at that time, that Fred’s boss turned thumbs down on extending more gasoline credit to us. Before any gas was allowed to leave in our direction, Fred had to sign a note. By so doing, he put his own paycheck on the line as security for three helpless farmers.
(continued)
"Good Samaritan" Kik-Back Country, page 43, part 1 (reposted)
Marge Womach, local historian from Harrington, included this story in Fred Reinbold's obituary found at WaGenWeb.org. 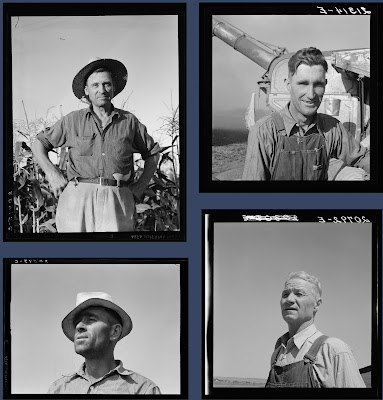 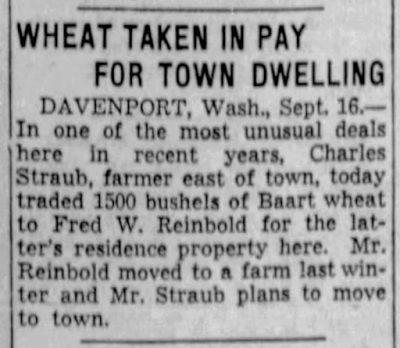