Lost His Life in a Shoot-Out

Wild Goose Bill got himself recorded as a colorful western character of the Big Bend Country in eastern Washington. He was the creator of the Town of Wilbur. In 1985 he lost his life in a shoot-out in a lonely cabin up on the banks of the Columbia River overlooking the vast Okanogan and Ferry Counties. Before the turn of the century, discussions of Wild Bill’s life took place in small groups on the sunny side of downtown streets or around warm stoves.

After 85 years, a manuscript has been found and published in a Lincoln County paper about Wild Goose Bill and another big wheel character that went by the name of Portuguese Joe. The author had these two lustful men tangling in dead earnest. They wanted the same white woman, so both whipped out their pistols and poured bullets into each other until the two legendary northwest giants fell dead. It makes for an exciting story, but it’s not true.

Charles Faldborg, an honest old-time bachelor years ago lived north of Wilbur. He fascinated me with his in-depth history of eastern Washington and of old Wild Goose Bill. Here is the true “rustled-up” story I had gathered years ago from Faldborg, my dad, and from a reprint of a participant who was interviewed for a short article that appeared in the Spokesman Review in 1953.

Portuguese Joe and Wild Goose Bill did at one time rule most of the open country from the upper banks near Grand Coulee and south to where the bunch grass grew too puny to please those characters. They owned separate pads at a respectful distance from each other. Both turned out to be successful settlers and lavish spenders.

It was a nineteen year old guy by the name of Barton Park who started life north of Davenport, that had quite a bit to do with the killing of Wild Goose Bill. In fact, it shortened his life considerably, because his body, not Portuguese Joe’s, took a lot of Wild Goose Bill’s bullets. 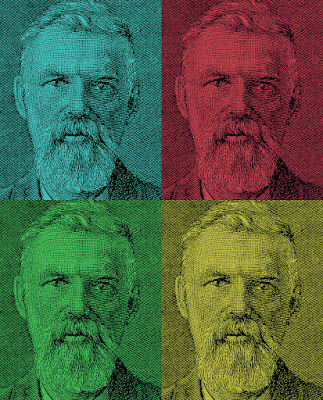 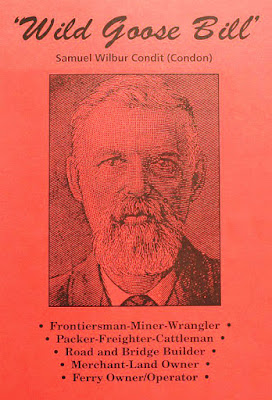 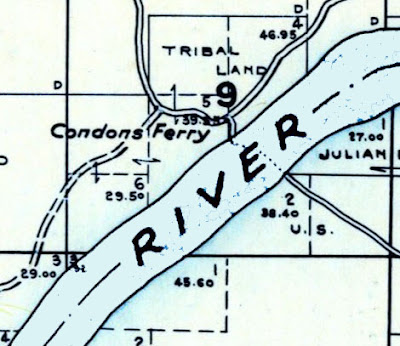 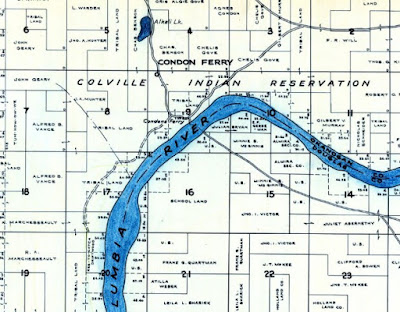 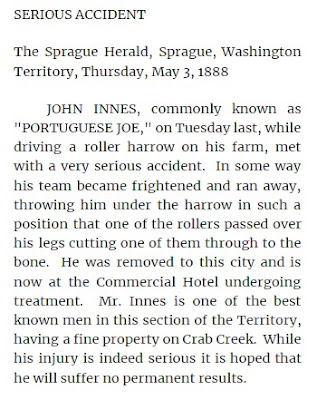