Wasn't the 'In Thing' to Shack Up

In 1939, when I was broke, I happened to develop a strong desire to get married due to a good opportunity that I was faced with. Not wanting to wait for my government allotment check to come, I borrowed $25 from my brother-in-law so I could get my act going. That twenty-five bucks made an elopement possible, also a three day honeymoon, Spokane style. In those days it wasn't the 'in thing' to shack up with a new-found Sugar to see if we were made for each other.

Since I spent time exploring Spokane during my single days, I knew it offered a girl that lived a sheltered life all the necessary entertainment to make her honeymoon a memorable one. By handling the borrowed $25 just right, I knew it could be done. That Justice of the Peace and that poor man's bridal suite at the Cour d'Alene Hotel took quite a chunk out of our spending money. Our wedding picture came to 25 cents. Payless Drug Store had a self-taking portrait booth with a curtain for privacy. When we thought that we looked just right, Sugar pushed a button. After a happy hug or two the picture came out of a handy slot.
Our wedding dinner consisted of a brisk walk over to the Washington Street Market where a Dutchman and his wife served a plate of full dinner, including soup and pie, for 25 cents. There was a cover charge of five cents to have a scoop of ice-cream dumped on Sugar's pie.

Since Sugar never saw a stage show, it was pure luck that Sally Rand was in town and performing on the Orpheum stage during our honeymoon. Sally's body and her bubble put on an artful show, for which she was famous. The glitter and beautiful stage lighting, as well as the loud music that the Orpheum's orchestra blared out, overwhelmed Sugar.

The next day was more of the same, except window shopping was stretched out a little longer to take care of our fantasies. On our last afternoon in Spokane we called on Sugar's aunt Susie to see how she would react to our sudden marriage. She didn't give a darn what we did and told us to sit down to a bowl of her Polish-type of potato soup.

After paying what we owed for the use of a hotel room I found out there was enough money left to buy a box of smelly cigars. We took it for granted that we were going to be shivaried when we got back to Rocklyn. Guess it was just lots of luck, love, and tender care that we made a go of it for all these years.
(previously posted) 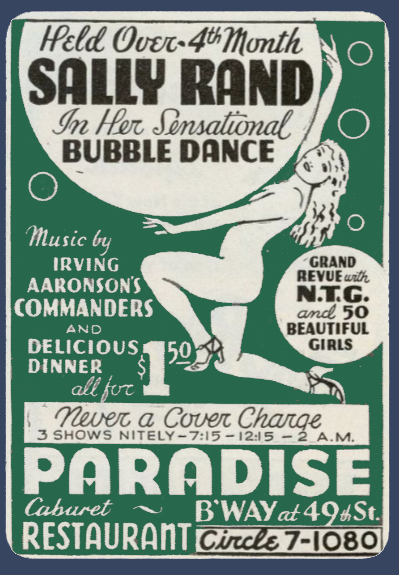 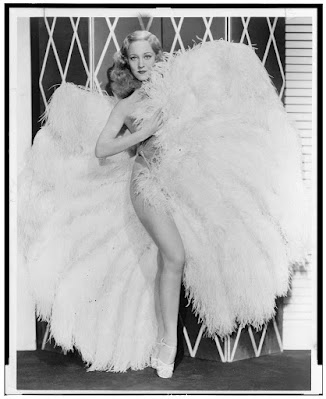