If Your Stomach is Empty or Not

My eating out habit came on slow and never developed into anything big. It got started at a modern speed the night Sugar and I eloped. It was after midnight on our way to Coeur d’Alene when Sugar started to look hungry. We stopped at Davenport’s 24 hour eating place that was run by Carrol Vermillion.

While settling down to an interesting married life, we took outings to Spokane and did things in a big way by eating at the Washington Street Market. A Dutchman and his wife would serve a plate full of dinner, including soup and pie, for 25 cents. There was a cover charge of five cents to have a scoop of ice cream dumped on Sugar’s pie.

It’s been nearly fifty years since a buck bought a lot of stuff. Inflation has changed the scenery to a scary point. It’s now almost a must to carry a checkbook when you eat out, as lots of money does take up billfold space.

Great Grandpa Deppner learned a lot about eating out, when he joined in on a flying weekend to Winnepeg with his son-in-law George and daughters, Edwina and Sugar. While there, they all got together with Canadian relatives for a fling of eating out. Great Grandpa picked up the menu and found out that plate of steak came to $13.25. “Whoopee”, came the sound from Grandpa’s mouth, “That’s more than I used to get for a steer.”

Now days, it seems like it’s the ‘in thing’ to eat out. Scott Pritchard, a weekly food columnist, quoted a statement made by the American Health Magazine. “We have more single-member, single-parents and double income families than ever before. We eat out on the average of four times a week...Sales on all kitchen appliances are down, except for the microwave, now in 60 percent of all American homes." There is no reason for anyone to starve while in Davenport. Restaurants and small eating places are alternately placed right and left. Upon entering Davenport from the west, Ellie’s Deli stands out handy like for the local and Canadian trade, followed by Granny’s Grotto Restaurant. Then comes Carman’s Bakery, if a good sandwich, coffee and a doughnut will do you. The Cottonwood Inn is just a block north where the old historical Columbia Hotel once stood. Lucky Lady Tavern has things to eat, also Ernie’s Tavern Food. Hangar Number One, formerly Mittens, is the largest restaurant on Morgan Street. There has been a restaurant on that site ever since I was born.

Heading east, Edna’s Drive-in is your last chance to check if your stomach is empty or not. Farther down the line is Lincoln Lanes Anchorman Cafe. They do supply lots of good food that bowlers and spectators need. 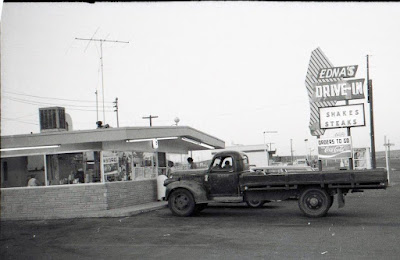 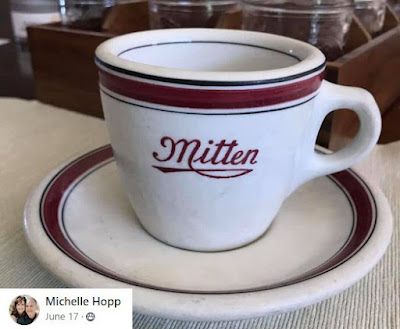