That Projector in His Mind

For me, the cream of the crop stories may be running out. Time will tell. I may have to scrape the bottom of the barrel. There’s bound to be some horse thief stories to tell about, or a black sheep in the family that could be written up in a glorified way. It would then show that our community was a normal one.

There are some stories to be found in old newspapers that are authentic. Unreliable information can be picked up from old rounders who would rather tell about their early escapades than factual history.

Doing some hard thinking should bring back a lot of memories to us old duffers. But does it bring back memories to everyone? Due to no fault of their own, a not too rare an ailment can take away one’s inherited mental ability, usually during the tail end of life.

A streak of sadness runs around inside of me when I think how Alzheimers disease has taken our friend Earnest Beieler out of circulation. He is under the caring eyes of the Lincoln County Nursing Home and is receiving tender loving care from his wife Verna.

Earnest is one of the best historians left in our territory. He was compiling old records and manuscripts when he was stricken. Unless a cure can be found to relight that projector in his mind, he will take with him forever the things he loved to share with others.

He has put together in a loose leaf book all the tools and antiques of the Beieler homestead. Each article is well photographed with detailed descriptions on how each item was used and interesting features about them.

I regret missing a tour a few years ago that Earnest was going to take me on. It included his historical farmstead and collections. Postponing for another date came too late for Earnest to give me that ‘in gut’ feeling of his first hand information. Records of the Beieler family and their associates should some day be put down in book form. It would capture the feeling of pioneer life north of Davenport.

Mr. Beieler had the education that I sorely lacked. A former school teacher, he was highly respected by his students. Earnest helped me by verifying some historical facts about the pioneer story on our local Big Bend cattleman, Barney Fitzpatrick.

Speaking of Barney, his granddaughter, Catharine Kelly, has been supplying me with all the Will Rogers columns I needed for my scrap book. I have also received from her some valuable historical articles that she researched for me from coastal newspapers.

"A Tribute to a Historian" Kik-Back Country, p. 57 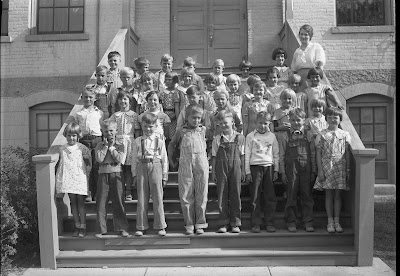