You old guys, when you were young and watching a parade, didn’t soldiers marching down the streets with rifles over their shoulders look like full grown men? Nowadays, don’t they look like very young lads? I used to think anyone having some white hair sticking out, was supposed to take a back seat in life.

In the early 1930s, Will Rogers made a movie titled, ‘Life Begins at 40.’ When I went to see that movie 50 years ago, I thought it was too late in life to start anything really worthwhile. My dad was in his 40s when he quit farming. As far as I was concerned, his peak had been reached.

Years ago, there was an ad that sold some kind of snake oil for men suffering from prostate problems. The ad showed a rather shaky man all humped over sitting in a chair with a blanket across his lap. For those that remembered that ad, a caption under the picture read: “If you are 40 or older, beware of prostate trouble.”

I used to think anyone over 50 was set in their ways, and over the hill. When a visiting guest preacher who was pushing 60 came to our house, mom told us kids to be nice and respect the old fellow. Upon arriving, and before the minister sat down in our well placed chair, he asked me how old I was. An audible "10" came out of my mouth. He smiled, and said, “In 10 more years, you will be 20.” (A brilliant calculation) Question number two: “Have you been a good boy?” A head nod said "yes." I then received a pat on the head from the sad-eyed minister as he started to sit down.

After doing my Christian duty for mom, the outdoors looked mighty refreshing to me. Thank goodness, the ministers of today are not the boogie-man of long ago with that "old man" image. 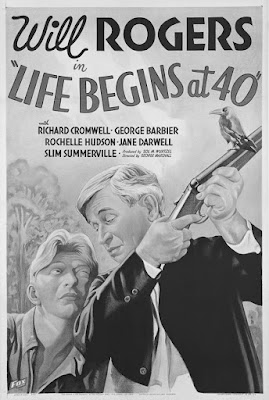