Practically all of our immigrant ancestors were quite religious. The countryside throughout Eastern Washington was dotted with churches that were erected to satisy their various inherited beliefs. Some still stand ghost-like, casting their shadows in the surrounding wheat and summer fallowed fields.

The Christians in those days may have been deeper into faith than the modern ones of today. To the early day believers, it gave them special protection; something like being insured. When the law of averages hit them, they drew on their policies and entered into eternal glory. Whatever happened, they couldn’t lose.

When I was a kid, churches took vacations in June. The faithful didn’t go tearing around, forgetting their religion for two or three weeks. They would set up headquarters in a grove of native trees. A spiritual tent would be set up about the size of an average modern machine shed. It was called “camp meeting time.”

Years ago, a scouting church member spied a grove of trees between Davenport and Harrington. It was made to order by nature, to hold a good-sized crowd. The oasis was blessed with a creek, a play field, and parking places for lots of family tents. The owners opened their arms and it became a summer paradise for the hard working Bible reading settlers. These June events didn’t fade into history ’til the middle 1920's.

Spring wheat was the main crop, and plowing was usually over with by June. In those days weeding was not practiced, so horses were turned out to pasture, 'till the harvest days began to roll around. Everything seemed to work out just right for spending a couple of weeks at camp meeting, where a free religious matinee and evening service were held each day.

Those old faithful settlers didn’t really need a camp meeting for the purpose of getting their spiritual batteries re-charged. It gave them the opportunity to fulfill their communication needs by sharing verbal events with distant neighbors, and having fun.

I remember that some of my relatives came from as far away as Ritzville. One clan even tied an old milk cow behind their overloaded wagon. It didn’t take long for the campground to fill up with dogs, wagons, kids, buggies, parents, tents, preachers and a good-sized scattering of unattached guys and dolls looking for excitement.

Horn instruments were plentiful, and anyone who knew how to blow in music, would toot out hymns. A vacationing minister would then wind himself up to last about an hour. Baseball was the main sport between services, and wading in the creek was OK, even on Sundays. The busier farmers would only take the weekend off, filling the grove to the cracking point.

This camp meeting place finally changed denominational hands, when the Pentecostal promoters from the coast moved in. Quite a few of my neighbors and relatives joined the new order, with the assurance of a more solid guaranteed trip on the road to eternal bliss. Although the friendly fellowship remained the same, it broke up the established churches into smaller pieces. Soon after, camp meetings faded from the scene forever. Later, different faiths supported special summer spots in more sophisticated distant places. 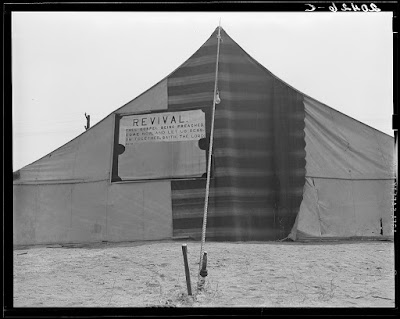 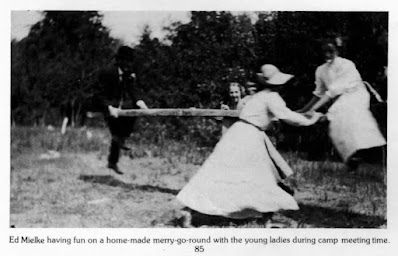 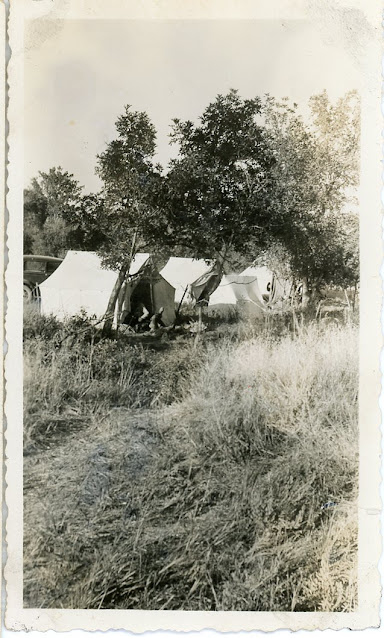 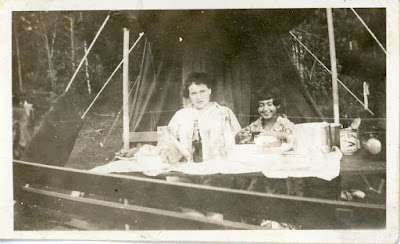 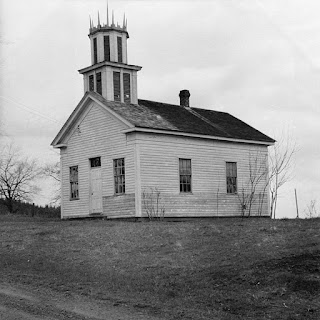