A Riderless Horse Led the Way

The first walkathon I ever witnessed took place between Peach and our watering trough. This unscheduled, 18 mile, one man, run-walk event happened during the summer of 1928. No watering stations or spectators lined the dusty roadside. A riderless horse led the way the course was to be followed.

Bill Thornburg, who used to work for my dad during harvest, had a small peach orchard near the little town of Peach. He also owned a young female horse that was at the ripe age for some transportation. But Bill got fooled when he tried mounting this filly in his yard. She went around and around in circles, and finally broke away from Thornburg and headed down the road.

Bill figured his horse would be tame enough to sneak up on, but it didn’t work. To keep from being annoyed, the filly ran up to Hawk Creek Falls where she could eat some grass in peace. Again when Bill got close enough to become a threat, the young mare ran up past the Falls, and stayed ahead of him for the next 18 miles. The filly’s escapade ended when she got thirsty enough to walk into our yard for a cool drink right from the watering trough. Dad then hooked a halter chain to the bridle of this wandering horse and chained her to a post.

About five minutes later, Mr. Thornburg ended this man-beast walkathon by appearing in front of our well, where he soused himself with water, both inside and out. Bill was hoping the horse would wander into someone’s yard before getting to our place.

Determined to get home so he could cool off in peace, Bill was able to mount the horse with the aid of dad. Thornburg and the filly left the yard fast like, and rather on the rough side. We figured both would get home in no time, and all would be forgiven by Bill. But when the two got down to the creek just back of our place, the filly decided Bill was a load, so she tossed him off.

The two headed home, again independent of each other. Except when Bill crawled out from the creek bottom, he headed for bachelor George Sweetman’s shack up on the prairie. That evening Mr. Sweetman filled Bill up with a lot of food, and he slept like a log the whole night through with bachelor Sweetman as a bed partner.

The next morning Bill hoped to catch a ride back to Peach, but nobody that went to Davenport ever completed the return trip in those days ’til afternoon. The quickie fresh air ride Bill got out of the filly the day before, shortened his walk back by a mile.

Upon entering the yard gate, the home grown mare was there to greet Bill and showed no sign of resenting his presence. She allowed him to take that darn saddle off of her.

In those days before cars took over completely, transportation sometimes turned out to be a balky problem. Those of you that are still alive, and knew Bill Thornburg will remember him as a tall, lean, muscular guy. If running was the ‘in thing’ then, like it is now, he would have given our best runners a run for their money. 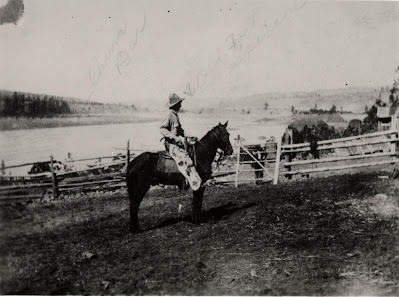 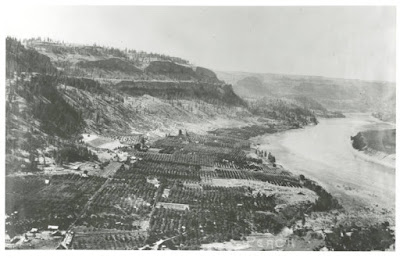 Essay by Paula Becker at HistoryLink.org 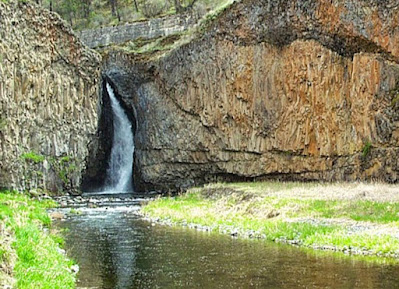