A Giggle That Would Make You Giggle

I was visiting with Herman Reich, an old timer in Spokane, this summer. He wanted to know if I knew what Spot Cash Brown’s first name was. All I knew was he ran a store and was called “Spot Cash” because he gave credit to no one. Everything that left his store was paid for "on the spot" with cash first.

I got to thinking that a lot of us have nicknames that are much better identification than what our parents hung on us at baptismal time. Nicknames often tell us what we are, and what we may look like.

Frank Selde, a number of years back, was talking with my dad about what happened to some of the old timers. Frank said, “Dave, whatever happened to old One-Arm Deppner?”

“Oh that feller, he went back to Poland,” Pop replied.

“Did One-Eye Deppner go back with him?” Frank asked.

“Say Dave," Frank said, “You remember those Smith brothers that used to live south of Creston? I suppose Bottle Smith died a long time ago.”

“Oh golly yah, he drank himself to death,”

Pop answered and returned with a question: “What ever happened to old Dirty Smith?”

Frank thought for a while and jokingly answered, “I believe his wife tried to clean him up a bit and I don’t think he was able to take it. No one seems to know where he is.”

Sometimes nicknames can hurt your land values. A Davis from somewhere picked up the last farmable homestead northwest of Davenport, and got tagged “Scabrock Davis.” The land was no worse than what I had to put up with for years, yet I gave up renting it. After all, it was just the Scabrock Davis place.

A few summers ago, when Sugar and I were splashing around down at Fort Spokane, we heard a guy calling his wife “Giggles.” She did have a giggle that would make you giggle when you listened to her vocal motor run when something struck her funny.

Later, when the two left, I found out her husband had a cultivator in which I was interested. I was told where to locate him, but didn’t know he was one of the Morgan and Morgan of the International Harvester Company in Spokane. I asked at the office for Giggle’s husband, and sure enough the correct Morgan appeared.

I told Giggles’ husband later that I had to use the phone to call the wife to tell her I was going to be late. Upon hearing me ask, “Is this you Sugar?” he wanted to know who’s wife I was calling. 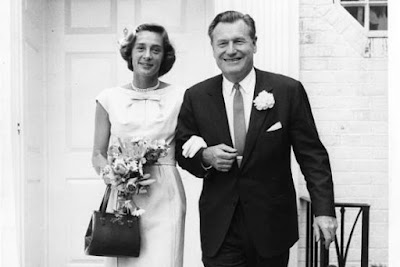