Maiden Voyage to the Dance Floor

When I got old enough to shave, all I could think about was how to raise wheat instead of heck. But as time passed, even a field of waving grain couldn’t hold my attention all of the time. Soon I could hardly wait until Sunday came around to join the ball team that played down in Lybecker’s flat. There were girls there watching us guys play ball. I got down there too late to join the courting rat-race. All the girls were paired off and going steady with sprouting future farmers. That left me, all alone with my Model T, a jar of peanut butter and no place to go after the game.
Fortunately or unfortunately, depending how one looked at it, a break came for me to explore beyond my stomping grounds. Because of hard times, I went into partnership that harvest season with O.J Maurer. Needing help, we hired a rounder that went by the initials of C.P, alias Windy Anderson, alias Battling Gunboat.
His left leg was three inches shorter than the right one. He claimed that at one time he was the middle-weight boxing champ of the Navy. His success came because he could pivot so fast on his short leg that his opponent didn’t know what happened as he nailed him.
C.P. claimed he was God’s gift to women, and stated he had just attended the dance out at the North Star Grange where he got acquainted with a couple of beauties. It was a tough night, he said, as he had to make a cruel decision as to which girl he should take home. Finally, he left the loser crying on the Grange Hall steps.
Wanting to check on C.P. became a problem. My Model T was not quite the rig I cared to drive to a dance. Luck came when my neighbor sold his hired man, Gene Hatten, a great big, worn out, heap of a car for $50. My new found friend got gypped, but he figured it was a lot of car for fifty bucks. However, it did come equipped with two flat tires, an extra radiator, and two whisk brooms.
Suddenly I had the feeling, while walking up to where all the excitement was, that there must be a better way to find your dream girl. The sound of music was pounding through the Grange walls as we opened the hall door. A drone of friendly chatter greeted our ears; perfume and a faint scent of booze greeted our noses.
After fixing the flats and throwing the extra radiator out, we were able to make it out to North Star and find out what we were missing. Neither of us were ever at a dance before. We felt like a couple of lost sheep as we pulled into the parking lot. Noticing quite a few couples coming and going to their cars gave us the idea there were a lot of indecisions going on. (Was told later that some couples tire very easy when dancing.)
Not wanting the evening to be a complete failure, I thought it’s now or never to take my maiden voyage on the dance floor. Spotting a lady that I figured was built just right for a slow dance, I asked her and was able to hobble through it. That completed my initiation and we were ready to go home.
We spotted C.P sticking his neck around the corner, watching the happy dancers go scooting by. Naturally, we wanted to know what happened to his girlfriend. He told us he was mad at her because she wanted him to stay at her place for an evening of visiting. He could not stand a wet blanket. Saturday nights are made for dancing, said C.P., as he scraped the wax floor with his shoe that was on his longest leg.
Not knowing what to say, my eyes started watching a couple I knew. I envied their assured enjoyment as they danced by. Soon C.P. poked me and said he was going back to the ranch because his crowd wasn’t there. The tiger, alias Windy Anderson, was actually a timid guy around that friendly crowd.
That 50-dollar clunk did the hesitation waltz all the way home due to a balky fuel line. The sun was getting ready to come up when Iwent out to the bunk house to check on C.P. Found him snoring; and by his pillow lay a True Story magazine. He must have fallen asleep reading it.
Years later, I felt sorry for the guy. His fantasy world never came true. He was kicked around from place to place. A hard worker, a gifted fiddle player - but he was the darndest liar - and that made me nervous. For those of you who remember old C.P., you know what I mean.
“Restless Days” Kik-Backs, page 2, part 3 (continued)      (previous)     (home) 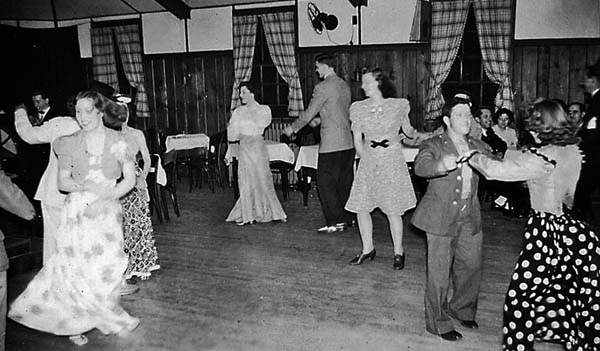 NorthCountryPublicRadio.org
The Grange movement – the Internet of its day 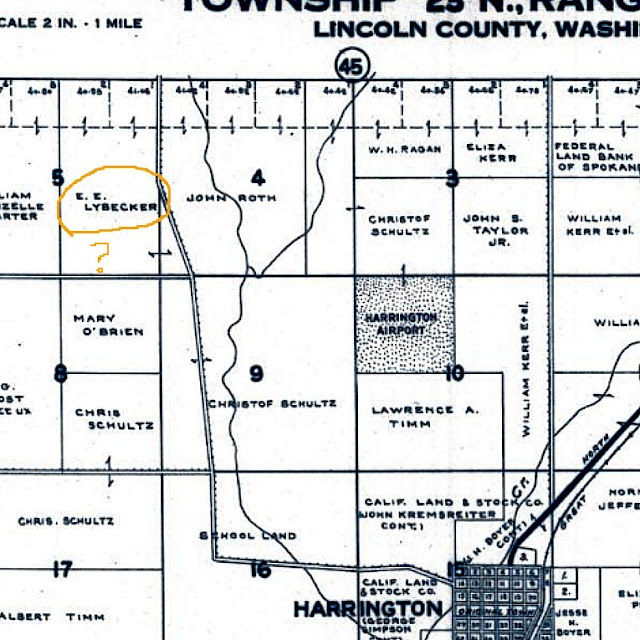