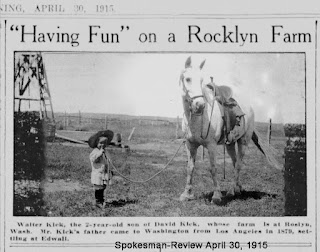 As a young lad, I never knew women were not supposed to be equal. Mother never complained. Also, my tender years were spent in the atmosphere of a slim but over-powering amazon neighbor that was liberated from day one. Rocklyn citizens were kind of scared of its free-swinging woman. We always called her the "old lady" even though she was only in her late 50's. Alice Marcellus was her name. We young ones felt safe having old lady Marcellus as our friend and neighbor. That's because she was hard-boiled in a positive and protective way. She chewed tobacco, and we kids figured that's what made her brave and tough. Alice claimed to be related to Jesse James. In those days, being related to some famous crook gave a person certain prestige.
Let's go back to the turn of the century, then step into the razorback hog country in Missouri, to where they produced genuine, old-time, liberated women. That's where Alice Marcellus fed her little son, Frank, until he got to be a big guy. She then told her husband, Archie, it was time to trade in their holdings for a bit of Washington land, so Frank could get a better start in life.
The Todd family also followed the Marcelluses to Davenport. Alice and her hen-pecked husband made a payment on an established scab-rock farm right next to our place. The Todds settled in Davenport and the two daughters took up school teaching. Later, they married a couple of well-matured Gunning boys, and settled on farms where the grass was greener.
Alice figured they could farm better with mules whose ancestors came from Missouri. She found such discarded tall and skinny mules from farms in the Harrington district. When Archie, or son Frank, needed a rest she would slip into a pair of overalls and drive a string of mules 'til suppertime.
After six years of Rocklyn living, old lady Marcellus found the scab-rock produced only rock roses, and the farmland was too thin to keep her two dependants fed Missouri style. She sold out and bought Sandy's Model T Ford agency in Davenport, appointed Frank to sell Fords, and retired Archie.
While living in Davenport, Alice started to mess around in politics. A Democrat to the very core, her convictions were simple and forceful. She practiced a "live and let live" policy. For local humor and some facts, I wish she were around to help us Democrats today. The local opposition candidates used to walk on the other side of the street when she came downtown. She was the Bella Abzug of her time. 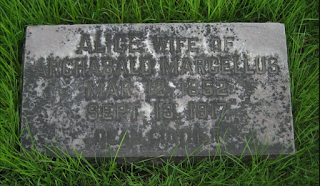 The old lady was never inside a church 'til her funeral. She claimed she had too many irons in the fire to take time out for such things as religion. Alice used to say, "If there is an ornery devil in the supernatural world, I believe I can handle him." Husband Archie grieved her death considerably and spent many an afternoon up at the Davenport cemetery. "It's that constant sound of her voice that I miss," he would tell my dad.
Gray-haired Frank, with the old lady gone, felt free to marry that teenage Borck girl. She had been sitting on the sidelines waiting. Upon selling the Ford garage, the newlyweds placed father Archie in the back seat, and drove to Long Beach, California, where he didn't last very long.
Frank bought an acre of ground on Signal Hill and opened up a service station. Soon a wild-catter drilled a hole and struck oil. This made it possible to pile up more money than he could handle 'til a bunch of professional crooks relieved him of that burden. When Frank died, he was financially as naked as when Alice Marcellus bore him back in Jesse James' country.
A soggy evening not long ago found Sugar and me at the Wilbur museum. A feller of tall standing, Bob Bandy, introduced a Scotsman who supplied us with interesting slides of early day farm scenes. This Bandy must be a descendant of a Bandy, who in 1922 migrated to the Fred Magin farm from Wild Goose Bill country. Can’t right now locate anyone that knows the baptismal name of this devoted farm hand.* We just called him Bandy, whether it be for dinner or to ask for his attention. His love for horses caused him to take a neutral look at the outside world, and he seemed to have survived pretty well without any women in this later life. (However, Bandy took an extreme interest in the scandalous jury trial of Jennie O. Young, when she was accused of turning Rocklyn’s downtown business district into a pile of ashes.)
In 1929, Magin asked me to help with some field work, because a family member, Ed Young, was absent. My having slight experience with nags didn’t make any difference with Bandy. From scratch, I was shown the rules of horse management. The lesson began when Bandy opened up the barn door. Rule number one, always start talking to the horses before entering the chained up nags eating place. As we passed down between the horses’ butts, and the hanging harnesses, Bandy greeted each nag by acknowledging their names, then an affectionate pat was given to each rear end. The character and behavior of every animal was explained to me very thoroughly.
Bandy sort of had a barber shop way of taking care of Magin’s horses. Clippers, curry comb, and stiff brush was used frequently. Dressing up the horses for pulling purposes was sort of a main event. Showing me how to scatter the harnesses over the backs and necks of those beasts of burden without tangling, took some patience out of Bandy. Any misbehaving nag would receive a vocal disciplinary statement from him. Proper fitting horse collars were a must. “This collar is too loose,” Bandy said, as he jiggled the pear shaped collar. “I’ve been watching that mare, she needs a sweat pad. If the shoulder galls, I use a special jelly of my own,” he stated with the authority of a self-appointed horse doctor.
Mr. Bandy was at the height of his glory when he could maneuver a string of nags in the field. A cloud of dust sometimes enveloped both weeder and horses. Snorting sounds would come from the nags as they tried to blow the dust out of their noses. One could tell that Bandy was in that pillar of dust when he uttered “Yaap, yaap” to his team, whatever that meant.
Waiting for spring was something Bandy didn’t seem to mind. Shoving straw down from a boxed-in strawstack for all the horses to eat was the usual winter chore. Some afternoons found him repairing harnesses. Rivets, a punch and some splicing leather was all he needed. The overhaul was completed when a coat of linseed oil was applied to the harnesses.
Like everyone, Bandy never liked the idea of not feeling well. When he developed pains in his arm and shoulder, doctors told him his heart wasn’t so hot. He didn’t like that kind of verdict, so he found a doctor that said he had pleurisy. This made him happy. 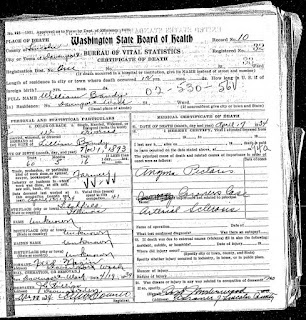 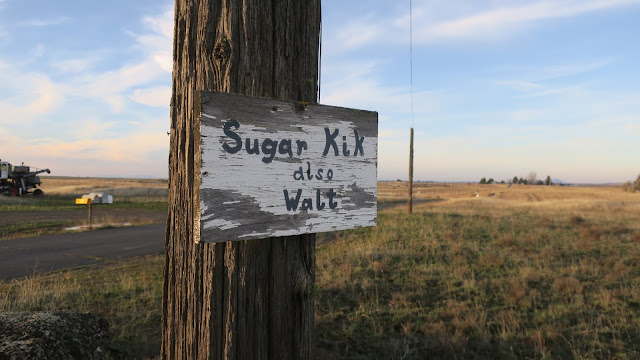 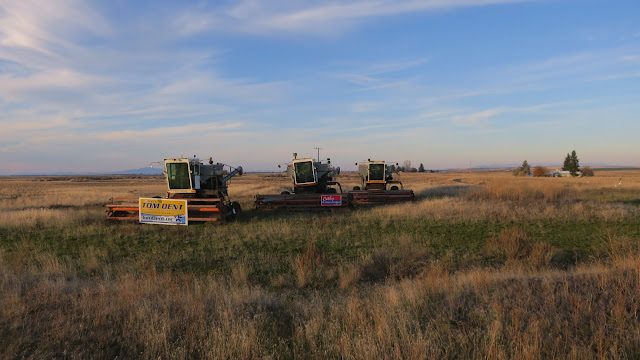